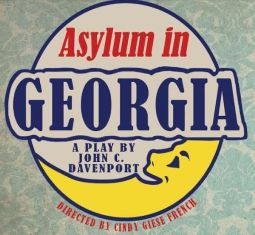 A World premier, Asylum in Georgia, by Seattle playwright John C. Davenport produced by Red Rover Theatre Company, opened in Fremont on Thursday with more of a wimper than a bang. Taking place in a tiny town in the South, it was a combination of a comedy and mystery, as a woman retraces the steps of her youth to the place where her father died somewhat mysteriously and uncovers a few buried secrets about the town and its inhabitants. 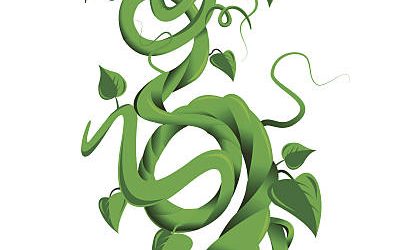 Jack and the Beanstalk—Get Ready to Yell

The Fremont Players and the Fremont Philharmonic Orchestra presents Jack and the Beanstalk in the form of a traditional British Pantomime. The Show is held at Hale’s Ales Palladium in Fremont. The songs and script were written as a collaborative effort by various actors and members of the orchestra. Follow the story of Jack and […]

The Wild Hearted, Parley’s 33rd workshop since 2014, played before a capacity audience 0f about 90 people at West of Lenin Monday evening. Four millenials plan a party to celebrate history in the making on Election Night, 2016. Spoiler alert: the history they witnessed unfolding was not the one they had gathered to celebrate. The roller-coaster electoral college results of this election night rip and tear at the thin affections these acquaintances hold for one another. The lines are funny and consistently land. With just 5 weeks of walk-throughs and scripts in hand, minimal props and a few deft sound cues, the play came fully to life. All the actors put emotion and movement into their performances.

In the world of adapting ancient stories, inventing “the history behind the myth” is the order of the day. From Wolfgang Peterson’s film Troy to Esther Friesner’s young adult novel Nobody’s Princess, modern artists are bringing us “believable” versions of Homer’s epics, devoid of gods and monsters, and Parley Productions’ Maiden Voyage falls squarely within this trend.
True to its subtitle, “A Feminist Reimagining of The Odyssey,” Maiden Voyage weaves us a history behind the myth in which Penelope, the true author of The Odyssey, spins tales of her absent husband’s encounters with gods and monsters in order to raise a son longing for a father he has never known.

Former firebrand radical Lucinda Celeste (Macall Gordon) is on the lam, which is like playing possum, in a primitive log cabin deep in the woods. Her devoted protector and supporter and ever hopeful to-be lover, Rex Eaglejeep (Asa Sholdez) is convinced that the State has revived the search for Lucinda. Lucinda is much less worried. Note to readers: it’s not paranoia if they are out to get you.

The pair’s non-stop haggling about security and safety is interrupted by Otto (Connor Kinzer). Otto claims to be Lucinda’s adult son

In Latino Theatre Projects’ production of 26 Miles, audiences are swept away on an unforgettable road trip to Yellowstone between Beatriz (Alma Villegas) and her daughter, Olivia (Klara Cerris) as they  struggle to reconnect after spending years apart. Written by Pulitzer winner, Quiara Alegria Hudes, and directed by Julie Beckman, this is a production that […]

“The children now love luxury; they have bad manners, contempt for authority; they show disrespect for elders and love chatter in place of exercise.” Socrates (469 -399 BC)

What is usually called the older generation, always says a variant of the above quote about every younger generation. For the baby boomer generation, we had Christopher Lasch’s punditry. It seems today, we are actually a little bit more enlightened by science about the plight of youth; given the advances in brain science. Physiologically , the most sophisticated part of the human brain, the frontal lobe, where judgment is processed, does not fully develop until age 26, so that is why youth behaves irresponsibly, without reflection and sometimes highly immorally.

And in my experience, it is always the people who were the most irresponsible and most self-destructive in their youth, who are in turn the most judgmental of the growing pains of the under 30’s. The play Really, Really, by Paul Down Coliazzo, produced by Touch Productions, currently running at West of Lenin, was a treatise about the biggest defect of being young, their selfishness.

The West of Lenin Theatre lends intimacy to a play that is already quite up close and personal. Written by Yussef El Guindi, Collaborator offers its audience one bed, and one woman. After  Cass (Hayley Guthrie), a troubled actress, invites us to “slide into her bed,” we get to listen as she recalls and examines […] 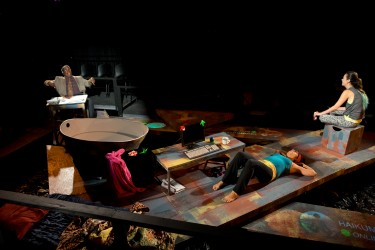 Water by the Spoonful—Love in Small Doses

When children have a long stretch with a fever or illness they can become dehydrated. To re-hydrate them requires a teaspoon for water or soup every five minutes. Perhaps the title of Quiara Alegria Hudes’s soul-searching drama, Water by the Spoonful, serves as a metaphor for all people struggling with questions of recovery, illness, loneliness, trauma, identity and loss. We all can use care, love, attention, and connection in small doses—all the time. 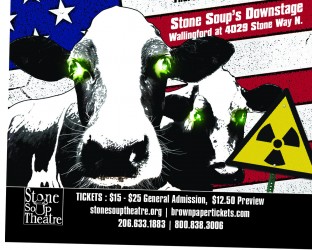 The God of Hell

Stone Soup Theater opened The God of Hell by Sam Shepard on Friday February 23, 2015. This politically inspired play does not disappoint if you are interested in a twist on Republicans. Set in rural Wisconsin on a dairy farm, Frank and Emma, played by Edwin Scheibner and Maureen Miko respectively, are the average couple- […]