The Changing Scene Theatre Northwest is one of the hidden perks of this job. An itinerant theater company from its Kitsap County origins, The Changing Scene Theater has played in nooks and crannies throughout the South Sound. Now, safely ensconced in Dukesbay Theatre, TCSTN has put forth a solid roster of shows over the past […]

“They stood perplexed in top hats, as if round the carcass of a vulture. Bewildered crows.”

The musical version of a once highly controversial play, Spring Awakening, by Franz Wedekind, opened at Garfield High School’s Quincy Jones Performing Arts Center this week. Although the musical version, with music by Duncan Sheik and lyrics by Steven Sater. won numerous Tony awards on Broadway, in my opinion, it was the sort of play that should never be adapted into a musical.

It’s one for the money, two for the show at Village Theatre

It was an enchanted night on December 4th, 1956 in Memphis, Tennessee. The planets aligned and four rockstars came together in a dingy recording studio to make some musical magic. It seems like the most fantastical of premises: Elvis Presley, Carl Perkins, Jerry Lee Lewis, and Johnny Cash hanging out and making music. Yet, it […]

On Wednesday May 22, musicians connected with Seattle’s theatre community will offer a benefit concert at the Royal Room in Columbia City to help with this effort. This will be a great event to bring our community together in celebration of this amazing family, who have touched so many of us in beautiful ways.

My Minister is out there, with my Mother!!!!!

It is a truth universally acknowledged that the way to save a weak play is to turn it into a musical. Why anyone would want to turn the material of the film, The Full Monty, which has a strong plot, based on human tragedy and social relevancy of a global nature, into a musical is beyond me. Yet three years after the 1997 film Terrance McNally and David Yazbeck did just that. This weekend Tacoma Musical Playhouse produced The Full Monty, the Musical.

Love and rebellion on display in Seattle Opera’s Carmen

Georges Bizet’s Carmen is one of the most prevalent operas in the canon with music that is practically inescapable even in the most modern of zeitgeists. It only takes the first few bars of the habanera “L’amour est un oiseau rebelle” to conjure up feelings of passion, love, and obsession. While Carmen is known primarily […]

An emotional night at the Rep with Nina Simone: Four Women

In Nina Simone’s pivotal civil rights song “Mississippi Goddam,” she snidely states “This is a show tune but the show hasn’t been written for it yet.” Christina Ham has righted this obvious wrong and director Valerie Curtis-Newton along with an exquisite cast and stellar crew have created a heartbreaking, passionate, and (unfortunately) still incredibly timely […] 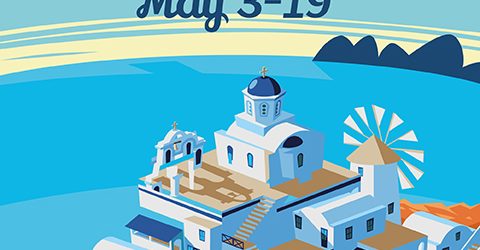 “Mamma Mia” was born many years ago in the work of the Swedish pop group “Abba.” It took shape as a movie starring Meryl Streep and an all-star cast. Then another movie. Now, it is ubiquitous in community theater. Per Bainbridge Performing Arts’ Executive Director Dominique Cantwell, there are 27 Mamma Mias scheduled this season […]