The above quote sums up a lot about the multi-leveled conflicts, presented in A Bright Room Called Day, by Tony Kushner, produced by The Williams Project at The Hillman City Collaboratory on Rainier Ave, in South Seattle near Columbia City. Since Drama in the Hood’s mission has always been to review the shows in the neighborhoods, I was delighted to see this show in a place, south of the I-90 bridge, in a space which serves the community as a sort of “multi-purpose” room, at a cost anybody can afford. ( Pay What You Can)

In the continuing celebration of its 100th season, Tacoma Little Theatre is revisiting shows it has produced over its long history. This weekend, TLT opened “Bell, Book, and Candle. The original work was a book by John Van Druten, but moviegoers of a certain age will likely remember it as a James Stewart movie that came […]

Be warned: If you buy a ticket to the Seattle Repertory Theater’s production of “A People’s History,” you will only get a piece of the story. Told in 18 “chapters” over the course of its run, renowned solo performer Mike Daisey’s epic confrontation of the lies that infect typical retellings of America’s history is a […] A play of mine called Hostages, written almost thirty years ago … I’m curious to see how it stands up after all these years…….Yussef El Guindi

Hostages, by Yussef El Guindi, which opened this weekend at 18th and Union is only tangentially about the political situation in the Middle East, the essence of Hostages is the relationship between two individuals, who do not like each other, stuck in an isolated situation for an unbearably long period of time.

It could have been written yesterday to remind us that even though the initial perpetrators of the current Middle East crisis, the two Bush presidents, have been out of office for a long time, presidents Clinton, Obama and the 45th have all been unable to create peace and stop the bombing of innocent civilians.

But, it also could have been written 100 years ago during the Russian civil war, about an aristocrat and a liberal democrat being imprisoned by the Bolsheviks, or 72 years ago when disgraced ex-concentration camp commandant Nazis were imprisoned with generals involved in the Stauffenberg plot to assassinate Hitler, because the play spoke about universal human emotions. I predict that this play will be just as relevant in 500 years as Shakespeare is today.

For those not yet acquainted with Dukesbay Productions, a brief introduction. Conceived and dedicated to the belief that theater should be a montage of styles and a rainbow of colors, Dukesbay shines a light on what is right, and what is wrong, with the popular perception of community theater. Dukesbay is a company that plays in […] 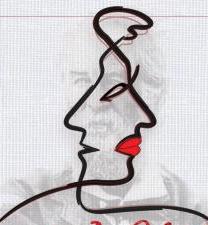 I and You-Verbal Pas de Deux

For every atom belonging to me as good belongs to you. Walt Whitman

I and You, an utterly fascinating two person play, inspired by Walt Whitman’s poems in Leaves of Grass, opened at Theater Schmeater this weekend. The author, Lauren Gunderson, is currently the most produced playwright in the U.S., having won numerous awards; judging by this play, the awards seem well deserved. Varsha Raghavan, who played Caroline, is possibly the most accomplished actress currently working in Seattle.

2017 tony-winning play Oslo takes the ACT stage this Fall. This play tells of the events that lead to the 1993 Oslo Accords peace treaty between the Israelis and Palestinians. The dramatic events in this play are acted by a brilliant acting ensemble across a politically-complex landscape. The play mostly centers around the peace-treaty […]

Sir Arthur Conan Doyle wrote, “That which is clearly known hath less terror than that which is but hinted at and guessed.” Horror has, for centuries, relied on this as a principle in order to scare the living daylights out of an audience. Henry James and Benjamin Britten are no different. 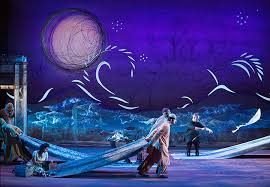 A Thousand Splendid Suns Heats Up at the Rep

In 2007, author Khaled Hosseini followed up his smash hit novel The Kite Runner with the darker and more challenging A Thousand Splendid Suns. The two works share a number of the same concerns, covering the tumultuous conditions that occur in Afghanistan, a country that is experiencing a mind-boggling thirty-nine straight years of internal warfare. In this latter novel, Hosseini focuses on the “collateral damage” experienced by the country’s women. Ursula Rani Sarma has adapted the book for the stage and has sharpened the focus on two of the novel’s main characters: Mariam a poor country girl and Laila, a more prosperous young woman from Kabul. The production is a tough go, featuring a nearly relentless and brutal subjugation of the two women. However, some outstanding performances and The Rep’s superior staging make this production worth seeing.