Sugar Plum Gary has the Answers You’ve Been Seeking

Do you have a question about Christmas? If you’ve ever suffered from the Christmas blues, Sugar Plum Gary is here to tell you you’re not alone. Sugar Plum Gary is our weathered guide into the dark and secret world of Christmas that feel-good Christmas movies and tinsel try to cover up. Seattle comic Emmett Montgomery […]

Find your seat at the Phoenix Theatre in Edmonds and be ready. While Levi Gettleman, the house manager, reminds everyone to silence their devices and buy raffle tickets for a lifetime pair of seats, the show fades in, with busy and intense “Stage Manager” (and Sound Designer) Sarah McGrath urgently flitting about on a set for a 1947 radio comedy, Twist of the Magi (Twist) on pretend station KPTP. The title references the play’s inspiration: O. Henry’s short story The Gift of the Magi.

Henry’s 1905 story had 3 characters, Debra Gettleman’s twist has 20. Henry’s original leaves much to our imagination as he told his tale with just over 2000 words, which had, total, 3 twists in the plot. It takes about 8 minutes to read. Twist, had uncountable twists and takes about 90 minutes. Director Keith Dahlgren clearly respects both radio theater and live theater and finds every mote of humor in Gettleman’s script. 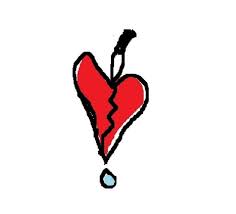 Although Shakespeare wrote some of the best poetry in the Western cannon, a few of his plays, are better left unperformed. Love’s Labor’s Lost is one, Henry VIII is another, (although I saw a stunning production by Therese Thurman one summer) and a third is Two Gentleman of Verona, currently being performed at the Slate Theatre.

George Bailey finally Learns that when a Door Closes a Window Opens.

Produced by one of Seattle’s best kept secrets, West Seattle’s Twelfth Night Productions, a live radio play version of the classic Christmas movie It’s a Wonderful Life has just opened up at Kenyon Hall. Unlike many Christmas shows of the sentimental variety, which have implausible happy endings and are devoid of serious content, It’s a Wonderful Life has always intrigued me because of its layers of cultural and historical nuances as well as its entertaining wisdom.

The Smell Alone Makes it Hard to Hang on to Your Compassion.

Azerotrop’s Building the Wall, by Robert Schenkkan, which opened this weekend at 12th Ave Arts, was a profound statement not just about Trump’s immigration rhetoric but about how our institutions and greedy powerful individuals corrupt the powerless, who with very few choices at their disposal, unwillingly perpetual evil. 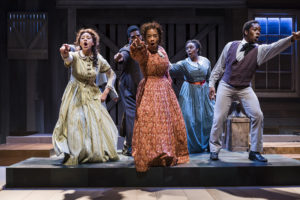 Photo by Robert Wade.
Past

Taproot Theatre has closed up Bob Cratchit’s ledger book and snuffed out the lights in Scrooge and Marley’s offices to make room for a very different Christmas show. Pulitzer Prize-winning playwright Paula Vogel debuted “A Civil War Christmas” in 2008, but it is finally having a local premiere featuring a large, talented cast working in Greenwood. The play’s subtitle is “An American Musical Celebration.” A collection of American folksongs, African American Spirituals and traditional Christmas ballads weaves it way through a busy but compelling narrative occurring on a frozen Washington D.C. Christmas Eve in the late stages of our Civil War.