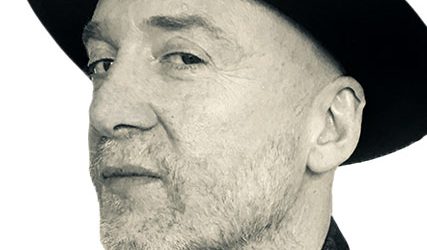 Booger Red survives a rough childhood to become a renowned Hellfire and Brimstone Southern Baptist preacher. How can Preacher’s Kid Jimmy find a way out from under Booger Red’s larger-than-life shadow as he grows up and finds his own voice? If you’ve had a dream or a daddy, Loucks’ gritty and passionate solo performance is for you.

Loosely based on stories from Loucks’ childhood, Booger Red is the story of someone finding their own unique voice, resisting the pressures of society’s ideas of who they should be, and forging their own way. Booger Red premiered in Madisonville, KY’s Bacon, Blues and Big Stories Festival last October and has been performed at FronteraFest in Austin, FRIGID Fest in New York, NY and the Electric Lodge in Loucks’ current hometown of Venice, CA earlier this year.

Loucks has previously traveled the country with his first two solo shows Cemetery Golf and The Biscuiteater, which had successful runs at the Electric Lodge in Venice, CA, United Solo in NYC, Piccolo Spoleto in Charleston, FronteraFest in Austin, and the Fringes in Orlando, San Diego, Hollywood, San Francisco, Boulder, Scranton, Chicago, Tucson, Ottawa and the Cincy Fringe, where he received a CityBeat critic’s pick. Winner of Best Solo Performance at the Tucson Fringe for The Biscuiteater.

Personally, I loooooove Southern Storytelling, so I would heartily recommend this show.

The Master and Margarita opens once again
April 8, 2019
© 2021 Drama in the Hood. All rights reserved.
Site Design