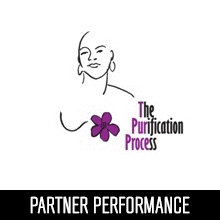 It was difficult to tell whether The Purification Process, written and directed by Malika Lee, was a social service event,  which failed to raise awareness about breast cancer or a play about a woman whose catalyst to resolve some deep seated emotional issues was a diagnosis of breast cancer.

In the program it stated:  VISION: To dramatically increase the survival rate of people of color with Breast Cancer .  MISSION:  To create a movement using theater that ends the silence around Breast Cancer and saves lives.

Frankly, I was not aware that there was “a silence around breast cancer.”  In the program, it said that black women’s survival rate for breast cancer is 40% less than that of white women, but did not explain why.   I would guess it is because fewer whites live in poverty.   Therefore, they have more access to health care meaning that they have early detection of breast cancer because insurance is paying for yearly mammograms, which engenders high survival rates.   More black women live in poverty, which means that they have less access to preventative health care and therefore when they are diagnosed with breast cancer, it is in the advanced stages and incurable.  (this information I found online)

These points were not brought out in the event.  The play focused on one individual who was in the wrong socio-economic class to bring out the real reasons why black women survive breast cancer less than white women. In fact this beclouded the whole issue of why different ethnic groups and social classes have different survival rates.

Cynthia,  the main character-recently diagnosed with breast cancer- played by Ifé Thomas, is a well-spoken, well-educated woman with a highly marketable skill (accounting) She does not have any external obstacles to getting proper care.  Her obstacles are all internal and rather contrived.  She chooses not to get medical or psychological help because she does not want to appear vulnerable and depend on others.

It would have been better to choose a more vulnerable person, of any race.   Suppose the woman is a single mother with an abusive ex, who has no one to take care of her kids, or homeless and living in a shelter with either non-existent or inadequate health insurance. Perhaps the playwright could have chosen a woman of a certain age, recently married and about to start a family and knows she can never have a child because by the time she is cured and the 5 year waiting period is over, she will be past child-bearing.

Theatrically speaking, the main character was a not a protagonist, she was her own antagonist and just passively waits for things to happen.  It would have been more dramatic and suspenseful, if she had been fighting one of those corrupt insurance plans which deny her coverage until it was too late.   In the play, her white doctor was more than willing to give her treatment and treat her like a human being.  Does that always happen?  Is there a differential between how a white doctor would treat a white woman and versus a black woman in the same socio-economic class?

There were several story lines focused around Cynthia’s emotional development with many holes in the plot.    Since it is mentioned in the dialogue that her alcoholic/deadbeat husband has been in and out of re-hab, why has she never been to Al-Anon and tried to change from being the clichéd wife of an alcoholic-critical, controlling and willing to put him down and bicker every second.

In the dialogue she and her mother have a “come to Jesus” discussion about her father’s alcoholism, but the mother walked around with a glass of wine practically the whole time she was on stage, with no discussion of HER drinking.  I got the feeling that the playwright had not done her homework about the social problems she was writing about.

Another hole in the plot is that Cynthia has a contrived conflict about who is to take care of her while she has chemo.  Sorry folks that would have been a dilemma for a poor woman, but a rich woman would just hire someone from an agency.  Money does solve those kinds of problems and lack of money makes those kinds of problems insurmountable

In general there was a certain amateur touch to the evening.  Lines in the play said that the furniture looked expensive but it looked early Value Village to me.  The audience. could see stagehands moving around backstage, and the props master used a music stand for an artist’s easel.  Due to the excessive amount of scene change, the “play” was not suitable for a live performance but rather for TV, moved slowly and seemed more like a soap opera.

On the other hand, Malika Lee, the playwright, clearly has a gift for dialogue, and some of the best lines were given to Carmen Brantley Payne as Cynthia’s relative Tonya-a sassy African American, who spoke in dialect, and Cynthia’s  husband Donald, played by  G. To’mas Jones.  Both expressed wisdom through humor.   However except for Tonya’s lines, this play was virtually colorblind, it could be any upper-income professional woman of any ethnicity.  It was neither theatrically satisfying nor sociologically satisfying.  In my Marxist view it aided the ruling class because it did not address the role poverty plays in low breast cancer survival rate.