A Standing Ovation for Frost/Nixon

All photos by John Ulman

Beginning with a briefly narrated prologue by James Reston Jr (Sarah Harlett), the story turns to Nixon’s televised resignation from the White House and his subsequent departure home to Orange County, California.  British talk-show host David Frost decides he wants to interview Nixon, and Frost and his friend John Birt (Rhonda J Soikowski) fly to Los Angeles following an invitation.   But the deal they strike with Nixon’s agent Irving Lazar (Amy Fleetwood) features notably restrictive terms, so to aid in the interviews, Frost hires American investigators Bob Zelnick (Meme García) and Reston while struggling to finance the project.  After a disastrous first few interviews in which Nixon and his staff manage to spin the events of his presidency in his favor, Nixon drunkenly calls Frost to compare their similar upbringings and declares that the final interview session will end one of their careers.  Meanwhile, Reston’s work pays off in Washington, DC and he retrieves the damning information needed to expose their target, hurrying back to the west coast.  In a dramatic final interview, Frost attempts to elicit a confession of wrongdoing from his adversary while Nixon’s loyal former chief of staff Jack Brennan (Ina Chang) fights back.  In an epilogue also narrated by Reston, it’s noted the former president never escaped the resulting controversy of his actions until his death in 1994.

Performed in a black box theater, the stage is in the center of the room, framed by rows of seating on opposite sides of the stage and two stacks of video and audio equipment near the adjacent walls on either side.  These two mountains of electronics operate occasionally throughout the scenes to display live, televised footage of the characters engaged in their interviews onstage, a clever replication of the camera shots and footage the American public may have seen from their living rooms.  In the center of the stage sits a circular, flat platform upon which the interviews are eventually conducted, though the actresses frequently rearrange and remove furniture like chairs and tables from both the central platform and the rest of the stage during transitions between scenes.

While the general appearance of the set is complimented greatly by the lighting and the wide array of costumes the many characters wear, the music played in the short transitions from scene to scene can sound a bit abrupt and jarring if unexpected.  Nonetheless, the play possesses terrific sound design, with the recorded effects greatly increasing the authenticity of the world onstage.  However, although the theater and stage space is relatively small and intimate, there might exist some difficulty in properly hearing all the actress’ dialogue, particularly when the speaking characters whisper to themselves or each other, or when the British characters become flustered.  Accordingly, finding seats closer to the performance may be a higher priority for some viewers.

A must-see for appreciators of political dramas and because of its uncanny relevance to contemporary American politics, Frost/Nixon offers a unique glimpse into the lives of the titular characters and their supporting teams as both sides grapple over Nixon’s presidential legacy and his involvement in the infamous Watergate break-in, documenting the conflicting paths of two bitter adversaries and the deep-seated respect they develop for one another over the course of their conflict. 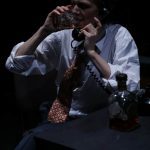 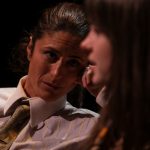 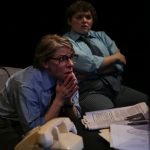 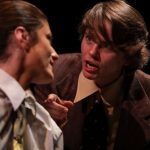 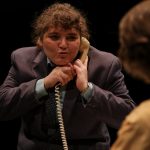 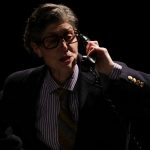 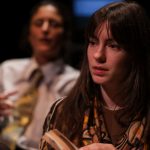 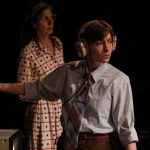 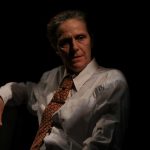 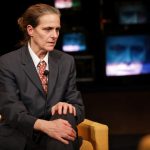 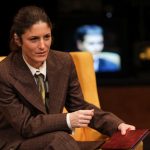 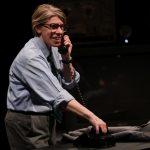 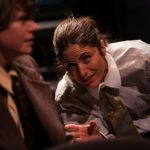 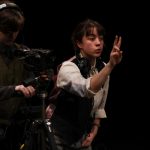