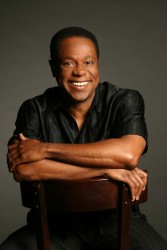 A Comedic Look at the Tragedy of Depression.

Brian Copeland, nationally known and award winning solo performer revives his most personal one man show, The Waiting Period, in response to the tragic suicide of Robin Williams. This show is an unrelenting look at the period in Copeland’s life, during the mandatory ten day waiting period before he could lay his hands on the newly purchased gun, with which he planned to take his own life. 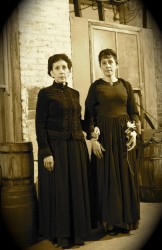 Although Edith Wharton is not generally known for writing about poor New Yorkers, her story The Bunner Sisters, adapted for the stage by Julie Beckman of the Athena Theatre Project, focuses on the lives of two lower-middle class Protestant spinsters, (of the haute Clavinist bent) struggling to stay afloat in New York City in the late 19th Century. 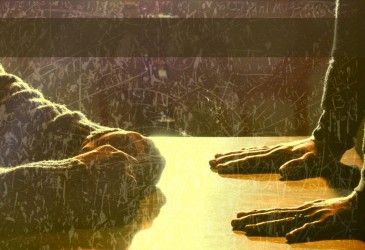 Written by Spike Friedman, Returning to Albert Joseph was a feeble attempt at a post-apocalyptic play, which also had dystopian elements. Although the dialogue was fairly well-written, the structure of the play was so poor that the supposedly profound message fell absolutely flat.

Combination of Science and Magic in an Imperfect Rapport

Currently running at Theatre off Jackson in the International District, Live Girls Quickies #15, is the 15th year of original short plays by women playwrights about life as females. The unifying theme of the evening was science and magic, which worked well for some of the playwrights, was ignored by others and seemed to derail other scripts. 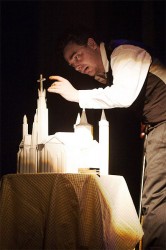 A Victorian Tale of Sadness and Compassion