Sovereignty -Or how it was lost and won again 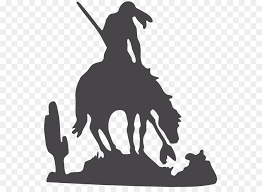 A truly amazing play, Sovereignty by Mary Kathryn Nagle opened this weekend at Harlequin Theater in Olympia. Although it contains a huge amount of historical information, as well as legal wrangling about the Indian Removal Act, which took away the sovereignty of the Cherokee Nation in the Southeast of the U.S. in the 1830’s, it was also a very engaging story of the continued oppression of Native Americans in present times and the struggle for Sovereignty.

Playwright Nagle, the legal counsel for the National Indigenous Women’s Resource Center and an enrolled citizen of the Cherokee Nation of Oklahoma, used a very effective structure for the play to highlight how the past struggles play out today, by having two intertwined simultaneous stories, scene by scene mounted on stage. One focused on the macro legal struggles of the tribe as a whole as they were facing the Indian Removal Act in the1830’s, and contemporary struggles. The other involved a micro struggle between individuals.

Along the way, it revealed some little known nasty facts about one of our national heroes, U.S. President Andrew Jackson, who refused to enforce U.S. Supreme Court’s rulings regarding Native American treaties. Also he supported the removal of the Southeastern tribes, among them the Cherokee, from their traditional lands, to what was called the Indian Territory or Oklahoma, in what is usually called the Trail of Tears.

As the play opens, a youngish female lawyer comes back to Georgia to work for the attorney general, more or less under false pretenses, because she is a “Ridge,” and her boss is a “Ross.” As the stories unfold, we learn that she is descended, on the mother’s side in a matrilineal society, from the famous John Ridge, who represented the faction of the tribe who, caught between a rock and a hard-place, decided that accepting removal to Oklahoma was better than extinction as a Nation. Her boss, Jim Ross, is descended from the faction that decided to stay in their traditional homeland and accept U.S. Citizenship. The hostility of the factions had been passed down for generations. As the play progresses all the legal ramifications of broken treaties, greed, intra-tribal conflict, betrayal and sheer racial hatred that existed then and now is depicted. The two intertwined stories come together at the end,

Stand-outs in the cast were of course the lead, Josephine Keefe, as Sarah Ridge Poulson, Avery Clark who played both Andrew Jackson and Ben, Sarah’s nasty white boyfriend, who symbolized the modern oppression of Native women by white men, Kenneth Ruthardt as Major Ridge, a soldier who fought alongside Andrew Jackson, when he was a general, only to be betrayed by him, when greedy white folks wanted his land.

Director Esther Almazan, directed this complex, challenging play sensitively and struck just the right note between enlightening us with heavy material, but keeping us entertained. The set by Tommer Peterson, served the production well as there had to have been about 100 scene changes taking place in the early 19th century and the present day. Costumes by Raphael Regan were completely authentic. Thanks to John Ross, language consultant, when the actors spoke Cherokee, it sounded very natural.

One would not think that such a subject could be all that entertaining, but it is written with scintillating dialogue and not devoid of comic relief, in spite of the tragic material. I would heartily recommend this show, but be prepared for some comments from characters such as Andrew Jackson, or the Governor of George, which will make you gasp and groan in disbelief or as my British companion would say “Pearl clutching moments.”