Monsters of the American Cinema-ArtsWest 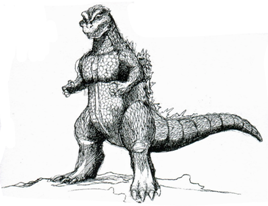 Can a Gay Black Man Raise his Straight White Stepson?

A world premiere by “queer Black” playwright Christian St. Croix, Monsters of the American Cinema, opened Thursday night at Artswest, starring the superb actor Lamarr Legend, as Remy, a Black man with multiple levels of complexities in his life. He is gay, Southern, a PK-preacher’s kid, widowed from a white guy, and raising his deceased husband’s straight white adolescent son, as a single parent, while running a drive-in movie theatre, which exclusively shows horror movies.

The premise of the play was incredibly promising, as it was chock full of conflict with extremely witty dialogue which was as profound as it was funny. Remy, had several eloquently written monologues about his grizzly upbringing as well as the joys and sorrows of his current life. Unfortunately, the play lacked a dramatic structure and flowed anecdotally until the last 15 minutes, when a strong conflict is introduced, which could have been developed as a focused plot, but was skimmed over to get to the end of the play.

The strengths were the incredible dialogue and its superb delivery by Lamarr Legend, who also directed. His timing was impeccable and almost turned the play into a one-man showcase. Alexander Kilian, as Pup the stepson, put in a very bland performance; his diction was not very clear so about 10 percent of his dialogue was lost.

Scenic designer Ryan Dunn chose an “in the round set” actually it was a long rectangle with the audience on three sides. The set showed two rooms in the house where Pup, the stepson, and Remy live. As a result, the audience could see the characters as they moved around naturally, not as if they were on stage, which created an intimacy between the actors and the audience.

In spite of the flaws in the script, Monsters was an enjoyable, funny but at times heartbreaking play and the performance of Lamarr Legend was astounding. Although it was gay themed and eloquently spoke to the particular circumstances of a gay Black man trying to raise a white stepson, it also spoke to universal issues of love, acceptance and just trying to get our kids to adulthood.

Incidentally, there is an excellent exhibit in the lobby called “Small Works in Graphite,” by Gary Rubin, simple framed pencil sketches of faces; each one expressing a different emotion. I loved it.