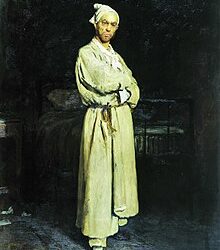 What do they want from my soul

Cries out the character Akentiy Ivanovich Poprischin, when he becomes incarcerated after descending into insanity, in Dana Kaufman’s operatic adaption of Nikolai Gogol’s short story Diary of a Madman, which opened Thursday at 18th and Union, produced by Lowbrow Opera Collective.

In keeping with his 19th century Slavic origins, (Ukrainian, but a highly influential Russian language playwright, novelist and short story writer) Gogol writes about suffering, both of the external variety (Dead Souls) and the internal variety (Madman). Also he included another 19th Century traditional subject; Gogol satirizes the absurdity of the Russian bureaucracy mercilessly, and was ahead of his time in that he pioneered impressionist and surrealist literary techniques, influencing many later 19th and early 20th Century writers. 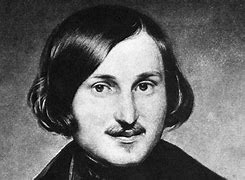 The plot revolves around the mental disintegration of Aksentiy, a petty bureaucrat, whose fragile sense of reality is shattered, when he discovers that the object of his obsessive affection will marry someone else. Along the way, he hallucinates, behaves erratically and ends up in an asylum, with what appears to be schizophrenia.

Tragically, schizophrenia was then, and still is, one of the most debilitating of mental illnesses, and even today, despite neuroscience and pharmacological advances lacks cures, or effective treatment.

Although I am not in any position to write a sophisticated critique of the music, all I can say is that from a theatrical point of view, it highlighted the emotions and actions on stage to perfection, without drawing attention to itself; it was all part of an organic whole. Composer and librettist Dana Kaufman specializes in “disruptive opera and accessible and inclusive stages,” Thank you Dr. Kaufman!!!!

With various changes of style, the music communicated the intensely disturbed thought patterns as much as the voice, facial expressions and physicality of the lead actor Devorah Detzer. As both a singer and actor, Detzer was on top of their game, and did not merit the criticism of so many opera singers, that they can sing, but not act. Detzer wore both hats equally well, along with a wide brim of comic relief.

Equally impressive was, HyeYeun Kim, the accompanist, who played the piano intensely for one hour straight; I was very happy to hear that she is local and a doctoral student at the UW, so she will not be leaving Seattle anytime soon. Megan Cullen and Biraj Barkakty as a cat and a dog respectively were funny and engaging. The set and costumes were simple, due to limited resources, so the director, Eliza Woodyard, relied on creativity and not gimmicks to make this a moving and highly interesting evening

I would say that sometimes, the space was not big enough for the soprano voices and I wish the high notes had been sacrificed for clarity, also I would have preferred to have a synopsis of the scenes; however, congratulations are in order to Lowbrow and to Dana Kaufman for demystifying, de-elitiizing and de-museumizing opera.

I also have the feeling that Lowbrow Opera Collective is going places. I rather thought of Cirque de Soleil, which started out as a group of circus performers on the streets of Montreal. One day I can tell my grandchildren that I saw one of their first shows. Congratulations to 18th and Union for their continuing efforts to nurture innovative local talents.

Street Parking available. Bus #2 from downtown stops at the corner of 18th and Union. Bus #48 along 23rd Ave.