The Highest Tide–An Insight into Olympia

At Harlequin Productions in downtown Olympia is The Highest Tide by local author Jim Lynch. In 2005, Lynch wrote the book, The Highest Tide, and it became an immediate hit with local Olympians and Seattleites. The book was adapted into a script by Jane Jones. It was once performed at Seattle’s Book-It Theater and is now being performed in Olympia. The play takes the audience into the summer of the early 2000s. It follows Miles O’Malley, alternatively played by Jack Brotherton and Leo Conklin. Miles is an avid explorer of the tidal beaches in the Puget Sound. Over and over again, Miles finds unexpected discoveries that launches him into fame. 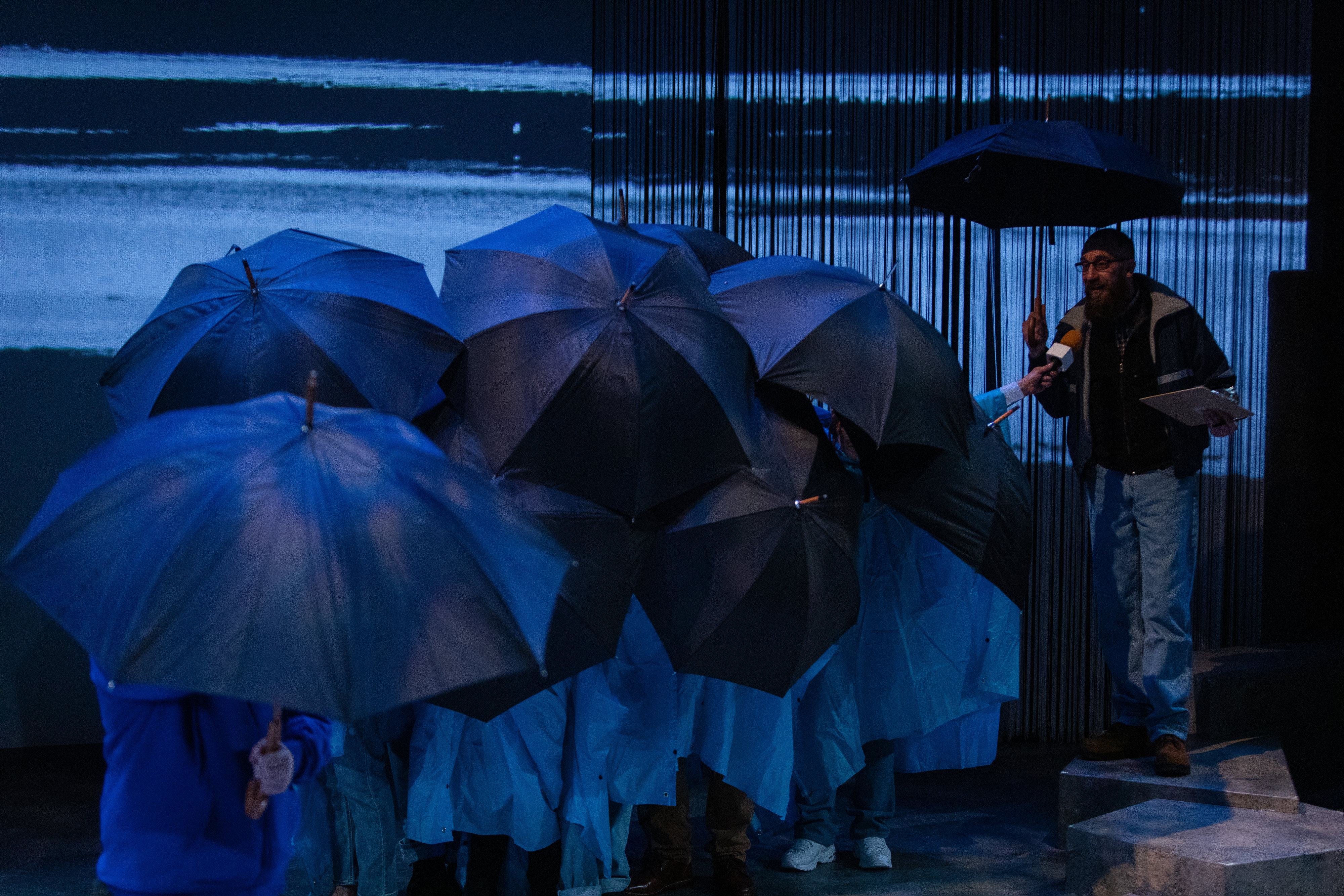 As a person who grew up in Olympia, I enjoyed seeing a play that takes place where I grew up. There were references to the Mariners, a school/cult that is a possible reference to Ramtha’s School of Enlightenment in Yelm, Evergreen School, the Brewery, and Evergreen’s nude beach. The scenic designer, Jeannie Beirne, continuously had projects up that displayed the Puget Sound—a view that I could work 10 minutes from the theater and see for myself. 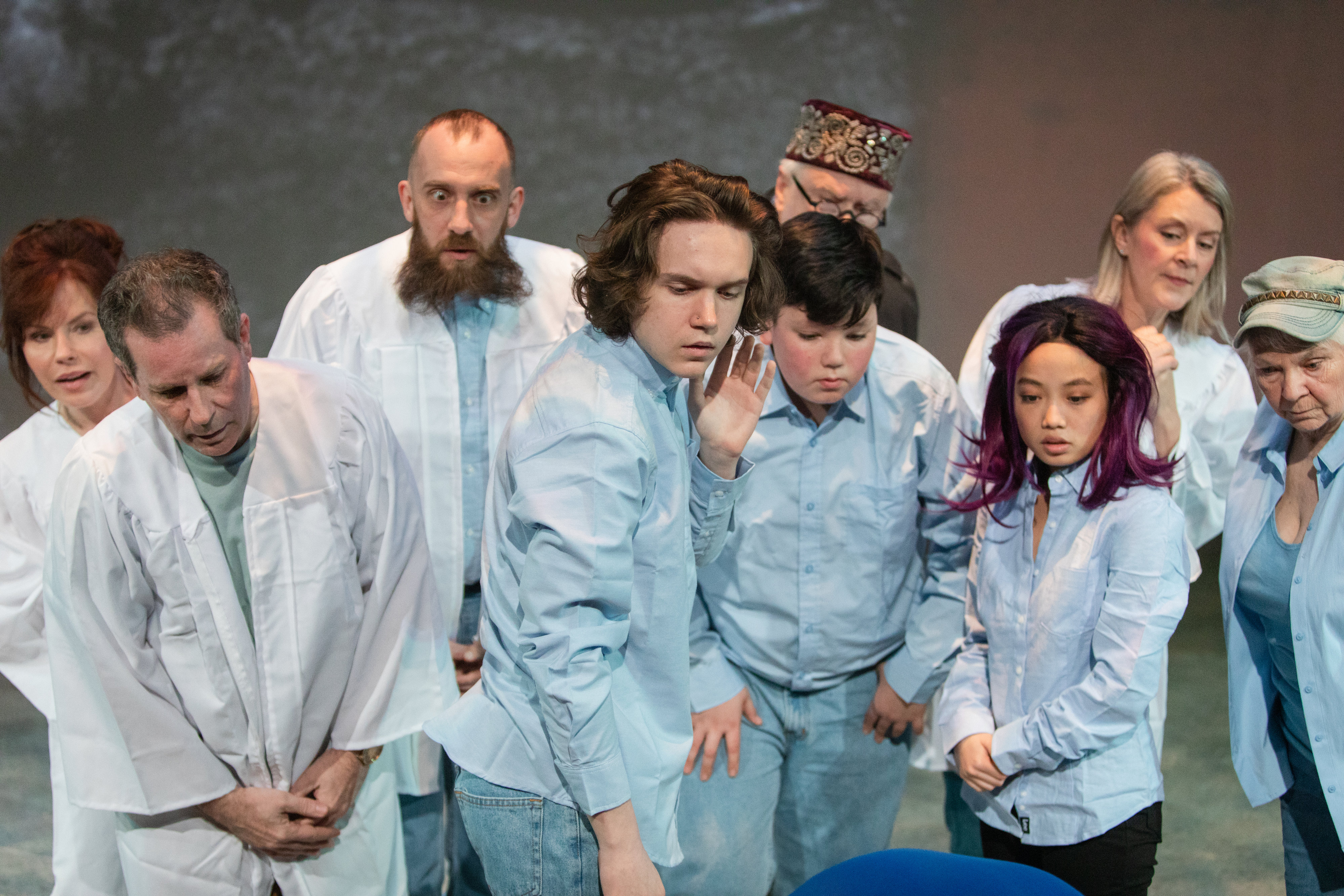 All the actors, except the two boys playing Miles, continuously switched through different ensemble parts. They all were able to seamlessly switch through different parts and give them all different characterizations. The part of Miles is a big one, and Jack Brotherton and Leo Conklin, are both young actors but do so well their part. I’m a part of the theater community in Olympia, and I’ve watched these two boys develop their acting skills in order to give an impressive performance as Miles O’Malley. Kameron Peapealalo, another child actor, who plays Phelps. Phelps is Mile’s best friend, and Peapealalo gives an amazing performance. 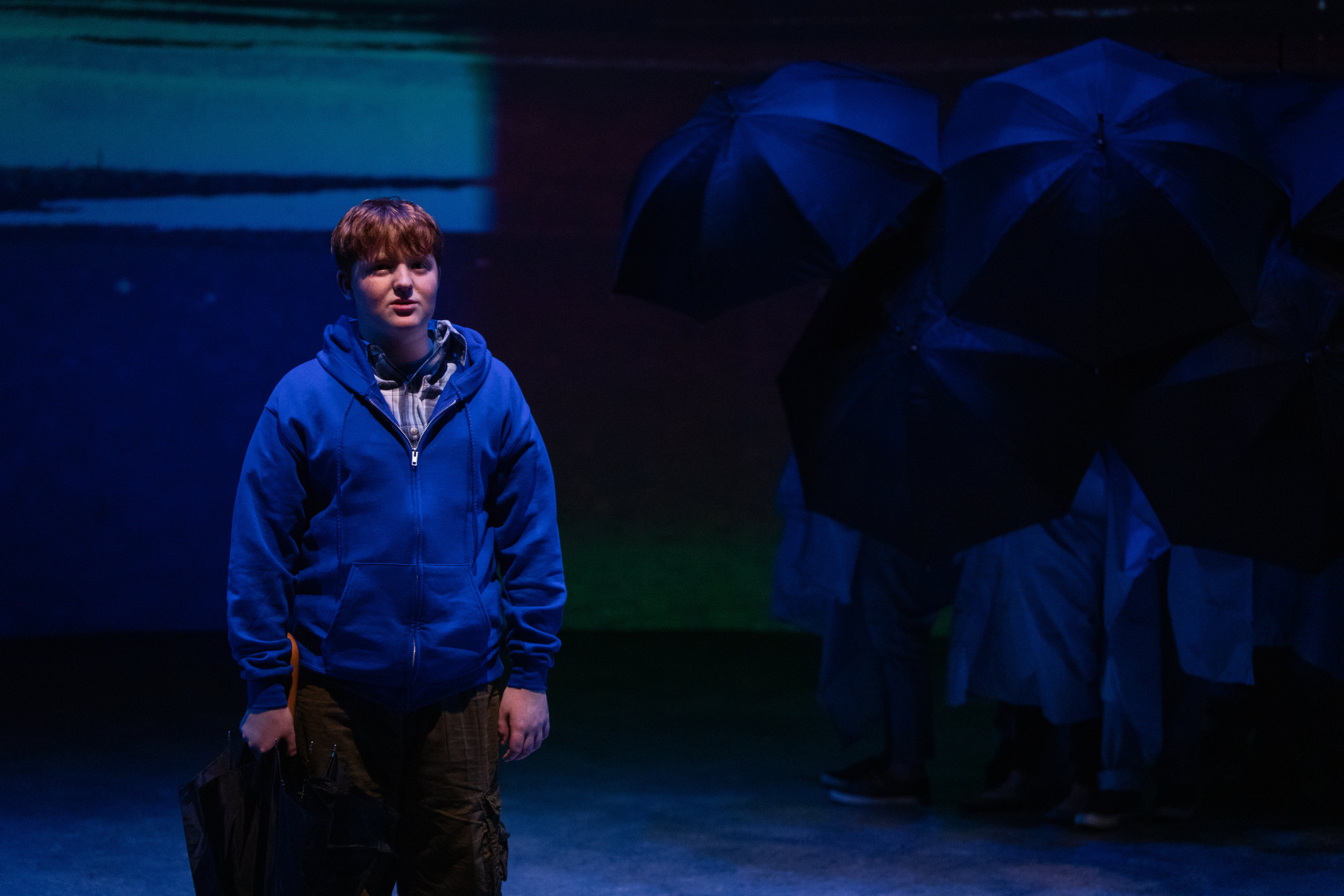 Pictured on top is Leo Conklin and below is Jack Brotherton 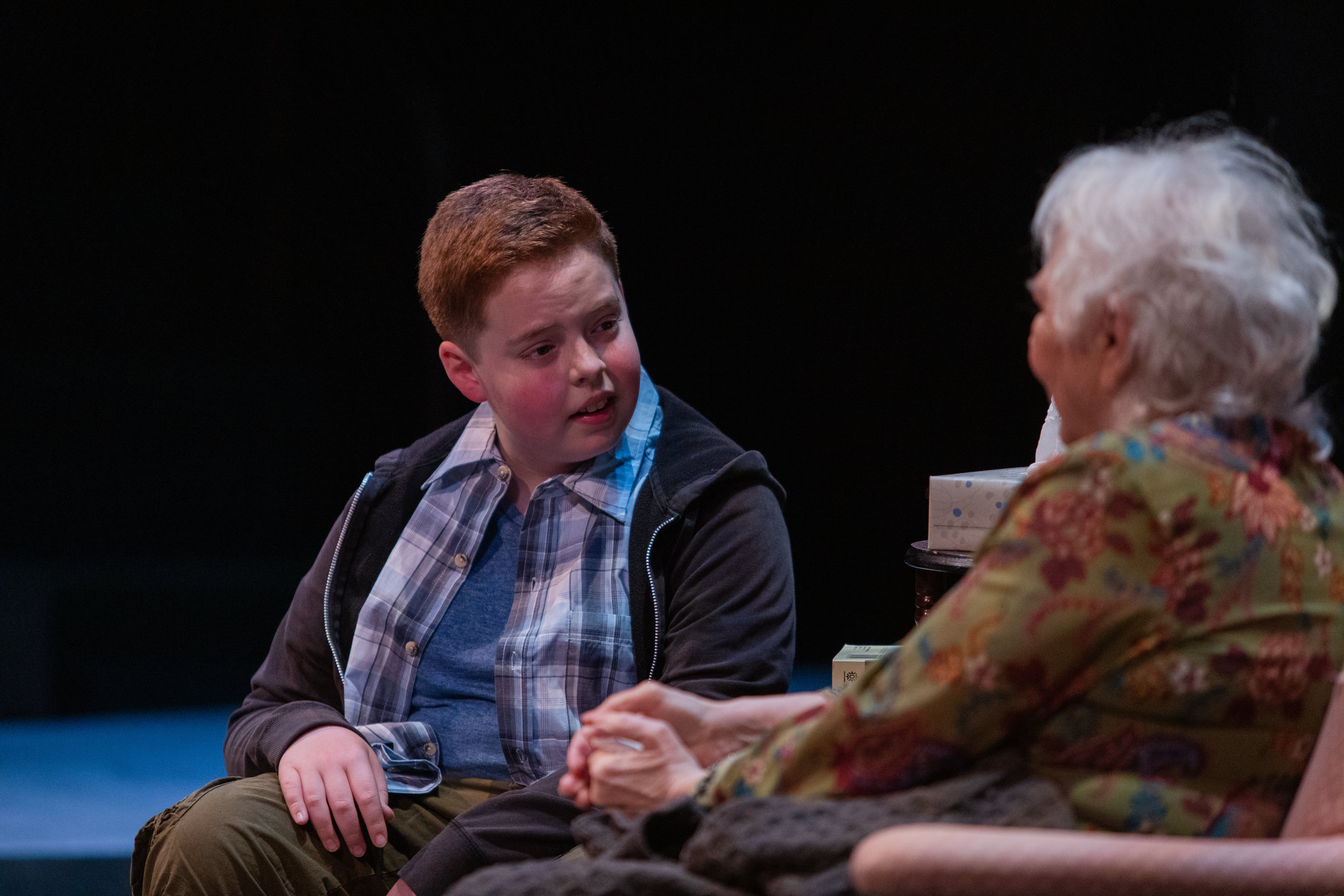 Tickets are $36 for the general audience, $34 for senior/military, and $20 for student/youth. Recommended ages for this production is 11 and up with guidance due to language and frank sexual content. One example involves  13 year olds discussing the g-spot.  The Highest Tide runs 2 hours and 20 minutes including a 20-minute intermission.

Noises Off—A Hilarious Behind the Scenes Look at Theater
February 9, 2020
© 2023 Drama in the Hood. All rights reserved.
Site Design