Vanya I and Vanya II

Two different productions of Chekhov’s Uncle Vanya, but using different translations, will be playing more or less at the same time at different theatres in Seattle. First to open will be The Seagull Project’s, at ACT Theatre on Feb 1, using Carol Rocamora’s translation. The play will be set in the era when it was written; fin de siècle Russia (1898)

Theatre 9-12’s, directed by Charles Waxberg, will be using Annie Baker’s contemporary adaptation, and the play will be in modern dress. Some veterans of Seattle’s stage will be in the cast: Terry Moore, Therese Diekhans, Ruth McGee and David S. Klein. It will be the Theatre 9-12’s last performance at Trinity Episcopal Church’s First Hill location before they take up temporary digs at Bloedell Hall at St. Mark’s Cathedral in Capitol Hill. A Pay-what-you-can Equity Members Project, it opens February 15 and runs until March 10th. 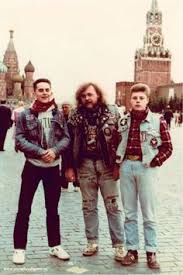 These two different productions will give Chekhov aficionados a unique opportunity to see how the different translators communicate Chekhov’s language to the audience, and to see the same play, both in a updated version and in a traditional setting. I’m routing for both.