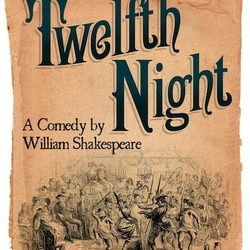 A tip for those who attend Last Leaf’s Twelfth Night: sit close to the stage. Taking up the amphitheater at Volunteer Park, the company, directed by Jay Rairigh and Laura Kessler, was often hard to hear, although that may have been the product of their location as opposed to the clarity of the actors. The production is an hour-long abbreviation of the comedy, and makes it often feel more like a summary than a full-bodied performance.

The production is not without its charm, though. The central romantic triangle between Viola, Duke Orsino, and Olivia is mostly retained in the abbreviated scenes, although Orsino is largely removed from the production. The center of this piece becomes the relationship between the love-struck Olivia and her affection for the cross-dressing Olivia, and Kaya McRuer as Olivia shines alongside Chelsea Braden’s Viola. The two are the strongest of the performers, which aids the slight production by keeping a piece of its core largely intact. Less intact is the Sir Toby and Malvolio subplot, although Gilly Kelleher as Toby does well to enliven the production. Less still is George Ives’ Sebastian, who gets lost in the 60-minute shuffle.

Though imperfect, Last Leaf’s Twelfth Night is still an enjoyable version of the classic comedy, but not one nearly as full or interesting as it appears in other, less abbreviated tellings.

Last Leaf productions are free; for more information on their summer tour, go to https://www.lastleaf99.org/shakespeare.