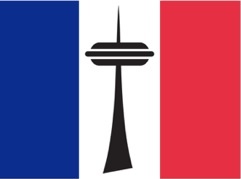 If you thought the recent movie The Party starring Kristin Scott Thomas and Patrician Clarkson was the definitive hilarious dinner party gone wrong, wait until you see the French play Le Prénom. You won’t have to wait long as Le Prénom, performed in the original French, opens Friday March 23rd 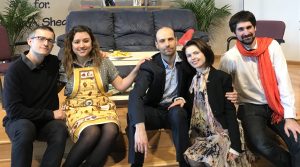 Before being adapted into an award winning film by the authors in 2012, Le Prénom premiered, as a stage play in Paris at the Theatre Édouard VII, in 2010 starring Patrick Bruel, and directed by Bernard Murat, where it was nominated for several Molière awards.

“Over dinner, Vincent and his sister, Elizabeth gather with their spouses and a childhood friend; however, when Vincent, whose wife is pregnant with their first child, mentions that he has chosen a highly controversial first name for his child, all hell breaks loose. The ensuing superficial bickering over the name escalates into highly charged deep emotional conflicts and a lot of dirty laundry gets aired with a lot of wit, humor and irony. !!!!!!!”

The performance will be in French; however, it is relatively easy colloquial contemporary French, so people who are not completely fluent in French should be able to understand it. Also a synopsis of the play in English is available. The film, What’s in a Name, the English translation of Le Prénom, is available from Netflix.

“Although the play, Le Prénom, is hilariously funny and full of Gallic wit, it is nevertheless very emotionally profound with an unexpected ironic twist at the end. The subject of naming the baby provokes a stimulating discussion, revealing a lot of deep-seated conflicts, among a close-knit group of friends and relatives. In true French style, it all takes place over a scrumptious dinner.” says Sébastien Plisson, director of Le Prénom. 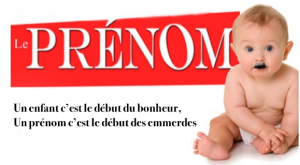 N.B. Performance in French, no subtitles, synopsis in English available