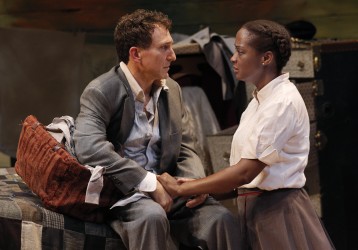 “The Wedding Band” by Alice Childress

Alice Childress completed Wedding Band in 1962. It is set in rural South Carolina during World War I. Lovers Julia (a black seamstress played with heartbreaking sincerity by Debra Woods) and Herman (a white baker played from a brave heart by Chris Ensweiler) want to get married. They have been lovers for 10 years, and over that time Julia has had to move frequently. She longs for a place where they can be open with their affections and not have to deal with bigotry—from either blacks or whites. She is very much alone.

Is it necessary to remind you that South Carolina is in the Jim Crow south? 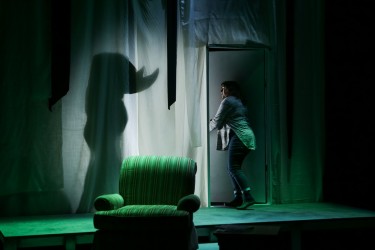 Sandbox Radio, on Monday night, in the basement of Town Hall, delivered an evening not just of glitter but of sheer 100% golden entertainment with their new show, Gold Rush. Like gold, live radio is difficult to find, difficult to refine, conducts electricity, but also has a softness to it. Sandbox’s new show created an electrifying effect on the audience, as the audience actually participates in creating the show. Hosted by Leslie Law, one of the producers, Gold Rush had several sketches, the best of which were spoofs about the foibles of Seattleites, hilarious PSA’s, music composed by Jose “Juicy” Gonzales and a few monologues.