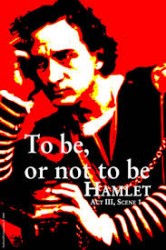 The World’s Most Famous Tragedy with Plenty of Comic Relief ?

Last Leaf Productions opened their summer Shakespeare in the Park season,  at the amphitheater in Volunteer Park with perhaps Shakespeare’s most famous play, The Tragedy of Hamlet, Prince of Denmark; it is certainly the play with the most famous quotes.  One of LLP’s strong points is that they always get their shows down to one hour, which makes it perfect for outdoor productions.

By paying close attention to the intricate humor embedded into the text, this production offered something very few versions of Hamlet ever have: actual humor and comic relief.  Hamlet, played by Kevin Pugsley, handled the convoluted humor and indirect insults superbly,  reminding one of the character of Sheldon Cooper in the Big Bang Theory.  Jennifer Davies as Ophelia interjected some comic relief, as she makes fun of her father, Polonius,  behind his back, which made it palatable to modern audiences.  Although he had out of control hand gestures Charles Eliot as Polonius put in a powerful performance and made the text come alive.

Blessedly this performance was only one hour long, which is suitable for outdoor Shakespeare; it provides an opportunity for unwilling children to get an introduction to Shakespeare without overwhelming them.  The fundamentals were there, the cuts were effective and it was well directed by Jay Rairigh.  Although simple, the costumes were attractive and effective; Laertes and Ophelia were color-coordinated, so were Claudius and Gertrude.  Hamlet of course wore black.

The only thing which I could criticize in this simple engaging production was the backdrop at the Volunteer Park Amphitheater, courtesy of Seattle Parks and Recreation; it sorely needs to be replaced by something suitable for outdoor Shakespeare.