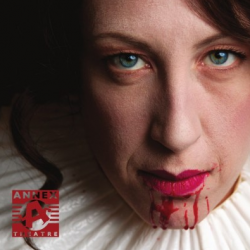 If you’re in the mood for a little gallows humor, this play based on a historical footnote will certainly get you in the Halloween spirit. The show was surprisingly funny for having a central character described by her own mother as “bathed in satan’s bile,” and affectionately called “my little viper” by her husband. Still, a lot of fun is had in the first act at the expense of 16th century noblemen, with outrageous recitals of foods, diseases, and the proper behavior for young ladies. By the second act, the characters have gotten a little too creepy to be taken lightly.

Though the Countess, portrayed by Terri Weagant is clearly somewhat twisted and evil to start with, the show does a good job of portraying how the people around her encourage her sadistic tendencies, and you get the feeling that she could have been a pleasant if not quite kind woman if given the chance.

The overall staging of the show was very well done; an ominous bass rumble plays whenever Elizabeth gets angry, her costumes reflect and add to her evolution as a character, and there were some talented people running the light board. The supporting cast was also great, and Martyn G Krouse stands out as a very disturbing priest. The characters all made good use of the confessional throughout the play to give the audience a glimpse of their inner thoughts.

Overall, the show was very entertaining, but I at least didn’t take away any deeper message to push it into truly great theater. Nevertheless, if you want something to make your blood curdle on a blustery October night, leave the younger kids at home and get some thrills at the Annex Theatre.