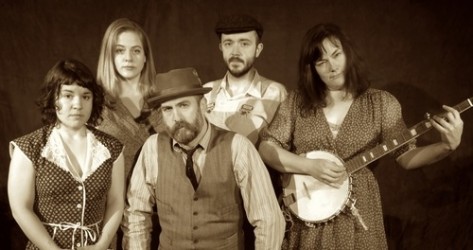 History in the making by Seattle Storyteller Bret Fetzer

In 1974, Garrison Keillor and Minnesota Public radio debuted A Prairie Home Companion, in an auditorium at Macalester College in St. Paul, Minnesota with only 12 people in the audience…the rest is history.  On Tuesday, Feb 4, Annex Theatre and Bret Fetzer, opened Story & Song, a  storytelling program;  in 10 or 15 year we will probably be saying the same thing about him.

Opening with 17 Debutantes, Fetzer tells a classic fairy tale of a young man, who falls under the spell of an evil woman and has to go on a quest to rescue 17 Southern debutantes.  A Mother’s Prayers is a fable of the self-sacrifice a young step-mother endures, in order to become worthy of her husband’s and step children’s love.

As a storyteller,  Bret Fetzer is a five star performer and writer.   Following in the tradition of the great Southern storytellers, his writing is imaginative, funny and engaging; the performance, in which Mr. Fetzer assumes all the voices and characters himself, is beyond superlatives.  Complimenting the story were musicians  Sari Breznau and Eric Padget, who not only composed the original music but also entertained us with intermission music.  Singers Christine Longé and Jillian Vashro joined them as a musical/speaking/sound effects chorus.

A combination of  an old-fashioned Storytelling Festival and a live radio play Song & Story was endearing entertainment for the whole one hour and 17 minutes.  Located in the Pike/Pine corridor, it provides a perfect mid-week break.  Grab a bite to eat, see the show, you’ll get home in time to get a good night’s sleep for work the next day. Trust me,  the laughter will make it easier to get through the rest of the week.