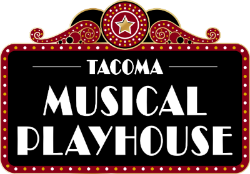 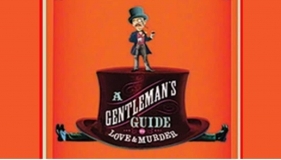 Jack Kennedy is going to do for sex what Eisenhower did for Golf.

Beehive, a musical revue dedicated to telling both the historical changes the US went through during the 1960’s and a tribute to the female soloists and singing groups of that era, was a smash hit at the Tacoma Musical Playhouse this weekend.
The 40 songs were well chosen representatives of the best female hits of both the early 60’s and the later 60’s, from the hormonal beehive era to the heavy rock and blues of Woodstock. It had a great live band, great costumes, great singer/dancers, warm human connection with the audience and everything necessary for a thoroughly enjoyable evening and was definitely worth the drive to Tacoma.

Something Old, Something New in Tacoma Musical Playhouse’s “Addams Family”

Tacoma Musical Playhouse opened it’s 26th season this weekend with a semi-reprise of “The Addams Family.” The show that won national awards for TMP came back with a large returning cast, and with many of its gags intact. But, a reworked second act gave it the pizzaz it needed to appeal to an audience that […]

Every few years the appetite of community theater decision-makers and the arcane world of copyright and availability combine to bring one show into sharp focus around the country. A few years ago, “Xanadu” skated into theaters everywhere, complete with big hair and dubious Australian accents. This year, “Mamma Mia” makes its much-anticipated run around the […]

Andrew Lloyd Webber is a musical treasure. Among his many works of note are “Cats,” “The Phantom of the Opera,” “Joseph and the Technicolor Dreamcoat,” “Sunset Boulevard,” and many more. The shows he created are in high demand, snapped up as soon as they become available. Unfortunately, some of his show are not available to […]

First-year Communications majors are told one thing the first day of class. “Know your audience.” These three words are the wellspring of success or failure, depending on the student’s success at identifying the said audience. Tacoma Musical Playhouse in general, and Managing Artistic Director Jon Douglas Rake, in particular, knows his audience and what shows they will […]

There was some ugly business in New York City 119 years ago. Violence broke out when newsboys were gouged by wealthy newspaper barons out to add to their coffers. The boys went on strike. Think of the eternal battle between the working stiff and the one-percenter. What made this struggle noteworthy, though, is that the […]

The early 1990s were a time of magic and joy. At least, it was if you were a little girl in those years. In quick succession, Princesses Ariel, Jasmine, Pocahontas, and Mulan brought a thrill to the senses in Disney’s canon of animated hits. But, if you polled girls in their late 20s and early […]