The above quote sums up a lot about the multi-leveled conflicts, presented in A Bright Room Called Day, by Tony Kushner, produced by The Williams Project at The Hillman City Collaboratory on Rainier Ave, in South Seattle near Columbia City. Since Drama in the Hood’s mission has always been to review the shows in the neighborhoods, I was delighted to see this show in a place, south of the I-90 bridge, in a space which serves the community as a sort of “multi-purpose” room, at a cost anybody can afford. ( Pay What You Can)

Written in 1985, the author meant it as a warning to Americans, that the disintegration of the Weimar Republic and the rise of the Nazis had parallels to Ronald Reagan’s presidency. The director, Ryan Guzzo Purcell, actually updated the play to demonstrate the parallels with our own dear 45th president. Having lived through the Reagan years, I find this play more relevant today, as our constitution is much more endangered by the current administration than by Reagan’s.

Quite accurately, the author also brought out how much responsibility the far left KPD (Communist party of Germany) bore for the demise of the Weimar Republic, both in their refusal to collaborate with the democratic minded Socialists (SPD) against the Nazis as well as in their willingness to promote the foreign policy of the Soviet Union, instead of acting in the best interest of the German working class.

With a rambling episodic structure, more suited to a TV mini-series than a two act play, A Bright Room Called Day, takes place over a 23 month period beginning on January 1, 1932, and ending 9 months after Hitler was appointed Chancellor, in November 1933. The protagonist is history-forcing individuals to decide what action to take, when confronted with the effects of the Nazi regime on their individual lives. The choices were: stay and fight, duck and cover, venally compromise, make a futile stance, or put self-preservation first and flee.

Unlike Bertholt Brecht, Thomas Mann or Marlene Dietrich, who had foreign reputations and funds, the characters in the play were not prominent people. Nor were they like Dietrich Bonhoeffer or Count von Stauffenberg and their clan of artistocratic/military conspirators who plotted, from day one, to overthrow Hitler, while being protected by their high rank and connections, at least until July 20, 1944

As the play opens a group of friends are celebrating Sylvesterabend (New Year’s Eve) just after mid-night on January 1, 1932 i.e.13 months before Hitler comes to power. Cleverly the author chose a group of Berlin artists and intellectuals, prime suspects for Hitler to persecute or suborn. Significantly, all were gentiles. (Jews were heavily represented in artistic, scientific and intellectual circles in Berlin.)

In the group of friends there are the ardent Communists in the pay of Moscow, a Hungarian filmmaker, who had fought (like Bela Lugosi) in Budapest, during the failed Hungarian revolution of 1919, a gorgeous quite successful young German actress, a painter, whose origins were in the working class district of Wedding,(known for its political violence), and of course an out-of-the-closet homosexual. N.B. Berlin for decades had had a very vibrant gay culture, the first gay magazine in 1896, and gay life had flourished under the Weimar Republic. 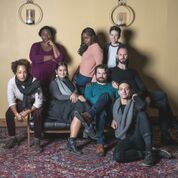 It was not only gay life which flourished under the later years of the Weimar Republic. The arts, painting, filmmaking and literature as well as science and technology; made Berlin one of the most intellectually stimulating places in the world. It had a cosmopolitan culture and was full of political refugees, failed revolutionaries as well as Trotskyites and other former Bolsheviks, who had escaped Stalin’s purges.

The New Year’s Eve celebration, and every scene of the play, takes place in the apartment of a middle aged working actress, Agnes. The décor of the apartment explains her personality to perfection. It is decorated with middle-class respectability, comfortable, but not the apartment of someone with passionate aesthetic or bohemian tastes, which more or less sums up Agnes, more interested in her own comfort and not particularly passionate.

Act I covers the 13 months of parliamentary instability, when no party had a majority and it was difficult to form coalitions, from January 1, 1932 until January 30, 1933 when Hitler was appointed Chancellor. Act II, covers the aftermath of Hitler’s assumption of power; while the characters decide whether to stay or go; how to survive if they stay, whether staying is morally palatable and how to overcome the obstacles to escaping.

The friends are divided into two groups. 1) the people who know for certain that they have to get out immediately, such as the communists and the former Hungarian revolutionary and 2) the people who are unsure if it is imperative to leave. (N.B. many people did not expect Hitler to last very long,)

Agnes, the good-hearted middle aged actress, Paulinka, the younger more successful morally fragile actress and Baz, the homosexual are in the second category. Their decisions create the dramatic tension in Act II. In many ways, these three characters represent the German Everyman, not the people with clear decisions, or the power to protect themselves, but vulnerable people . Baz’s decision explains perfectly the psychology of the individual Germans, who unwillingly allowed the Third Reich to perpetuate its evil.

Interspersed between the scenes, in the apartment, is a narration of the historical events with visual images on an overhead projector. (N.B. PowerPoint had not been invented in 1985 when the play was written). Included in these images of Hitler are images of Reagan and Trump. Elise LeBreton, the narrator sometimes broke into amusing rants straight out of 1970’s conspiracy theories, which made all the baby boomers, myself included, laugh uproariously, as I assume they, like me, recognized themselves. Le Breton’s performance was uneven, at times I was laughing, at times I was straining to hear her and she definitely needed some help with German pronunciation.

One may think that the play was some sort of guilt ridden blood letting instead of the hilariously witty play that it was. The strength of the play was in the dialogue, which was full of sophisticated language delivered with aplomb by the stellar cast. Director Ryan Guzzo Purcell kept up a brisk pace in a difficult to direct play, that was basically one long conversation, and what a conversation it was.! It was worthy of Oscar Wilde.

Stand-outs in the cast were Lateefah Holder as Agnes and Claudine Mboligikpelani Nako as Paulinka, whose scenes together were exceptional; both actresses had operatic vocal ability, impeccable comic timing and facial expressions, sometimes subtle, sometimes not which spoke volumes. Grant Chapman as Baz, was flamboyantly campy without being hackneyed, he portrayed his character as if he had invented camp and everything the character said was delivered with astute originality. 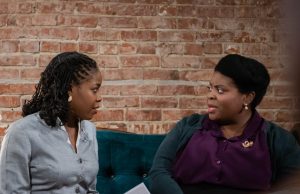 Even though this play seemed to be about a depressing subject, Hitler, the humor and a few plot twists, where the moral goodness in people wins over fear and selfishness, rendered it life-affirming, in spite of the subject matter. Also it was incredibly amusing.

Congratulations are due all around, to the cast, to the director, to the author and of course to the Hillman City Collaboratory and to the Williams Project and their community sponsors Plymouth Housing, 21 Progress, Northwest Immigrant Rights Project, for taking drama to a neighborhood. Get your tickets now as it was a full house.