Photo by HMMM Productions.
Past

Seattle Shakespeare’s season-opening performance of The Tempest on Friday at Center Theater was everything I didn’t know I needed from the Bard’s final play. The Tempest is one of Shakespeare’s shorter plays, and for a playwright known for labyrinthine plots, also one of his most straightforward. It centers around magician and ousted-duke Prospero (Mari Nelson), […]

Very few twenty-nine year old’s want to move back in with their parents, but Archer (Jasmine Joshua), the semi-eponymous lead of Albatross Theatre Lab’s Sagittarius Ponderosa (his name is taken from the star sign) has a few more straws on his back than the average camel when he relocates back to his childhood home in […]

Nick Ryan and Katie Hartman made a brief appearance in Seattle this weekend as their company, The Coldharts, tours the US showcasing Edgar Allan. This two person musical, based on the childhood stories of Edgar Allen Poe, took to the stage this weekend.  Edgar Allan is a a demented sort of comedy, with Hartman staring […] 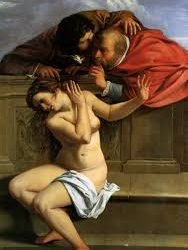 Susanna and the Elders. Image from Wikipedia.
Past

You’d be forgiven for not immediately recognizing the name Artemisia Gentileschi. Art history is a bit of a niche area, and Italian Baroque art even more so. However, if you were to go see Joy McCullough’s Blood Water Paint, which opened at 12th Ave Arts on Friday, I guarantee it’s not a name that you […]

Intiman Theatre gave Seattle a hilarious, heartfelt, and poignant gift last Thursday night with the opening of Bulrusher at the Jones Playhouse in the U-District. Valerie Curtis-Newton directed the performance of Eisa Davis’ script, a 2007 Pulitzer finalist.  The story centers on a biracial orphan, Bulrusher, named for the weeds in which she was found […]

Vicinity has potential at 18th and Union

Vicinity (Memoryall) opened quietly this weekend at 18th and Union. This seems appropriate for a play, written by Cristine Deavel and J.W. Marshall and directed by Meleesa Wyatt, that focuses on the subtle, psychological effects of living in a world of constant violence.    The narrative follows friends Del (Jasmine Lomax) and Lee (Bill Johns) […]

The cast of As You Like It. Photo by John Ulman.
Past

Seattle Shakespeare’s final show of their 2019 indoor season, “As You Like It,” opened at Center Theater last Friday to no shortage of laughs. Kelly Kitchens’ directs this very hipster-esque version of the Bard’s comedy. Despite the enduring popularity of Shakespeare’s works, there’s always a degree of difficulty in adapting his four hundred year old […] 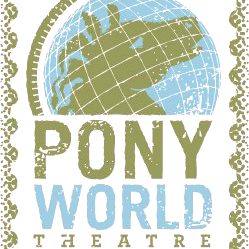 Sometimes a show is so well-done that you leave the theatre wanting to talk about it. Other you leave speechless. Pony World’s Language Rooms, written by Yussef El Guindi, which opened this weekend at Slate Theatre (appropriately located inside the old Seattle Immigrant Station), belongs to the latter category. The production, directed by Brendan Healy, […]

The Master and Margarita opens once again

While it may very well be argued that Seattle has been characterised by the nineties since, well, the nineties (I certainly can’t recall a year where flannel wasn’t the shirt of choice for just about anyone), one can’t deny that it’s the decade in vogue. With chokers and velvet skater dresses reappearing and reboots of […]

Gin Hammond by John Ulman.
Past

Returning the Bones at Erickson

While Book-It Repertory Theatre might be known for adapting novels to the stage, it seems appropriate that in their production of Returning  the Bones, playwright Gin Hammond’s one woman performance of her remarkable aunt’s experience as a female black medical student, would push some of its own boundaries as well. While Hammond is currently […]