I went solo to John Patrick Shanley’s play Outside Mullingar, at Seattle Rep, because once I mentioned that it took place in Ireland, everybody made their excuses, expecting one of those violent alcohol soaked plays laden with extra helpings of Irish Alzheimer’s, (which is when you forget everything but your grudges.) Much to my surprise, this play dealt with Irish family life realistically yet optimistically and was thoroughly entertaining and endearing. 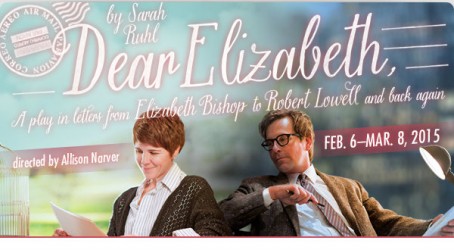 Dear Elizabeth opened Feb. 6th at the Seattle Repertory Theatre. Dear Elizabeth is a must-see for anyone with a love of literature, particularly poetry. The play features Elizabeth Bishop and Robert Lowell, two well-known poets who had a long-standing friendship that existed primarily in the realm of letter-writing, but also in real-life at […]

Robert Schenkkan’s The Great Society does not merely bring history alive. The play grabs the audience around the throat and flings them onto a hair-raising three-hour thrill ride. The play covers Johnson’s one term presidency and proves to be even more powerful than its companion piece, All The Way. Jack Willis tackles the Herculean role of LBJ and commands the evening from the opening curtain. It may be one of the most spell binding performances this city has ever seen. 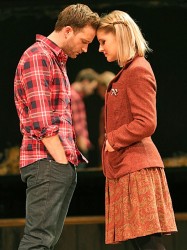 Once: at the Paramount

It would be a shame to boil Once down to the label of “romantic comedy”, though there is a beautiful, star-crossed romance and certainly many comedic elements to it. I think a more-deserved label would be a “music’s musical.” Once is centered on an unnamed Irish musician (“Guy”) whose life is “stopped” as he has […] 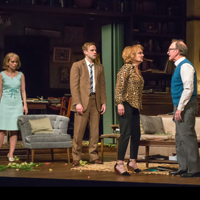 Who’s Afraid of Virginia Woolf? is Fearlessly Revived at the Seattle Rep

Fifty-two years after its Broadway debut, Who’s Afraid of Virginia Woolf?, Edward Albee’s alcohol infused comic-drama about couple dynamics, is experiencing a revival. The 50th Anniversary Broadway revival in 2012 was very well received. Making that the fourth time it has been on Broadway. Locally the Seattle Rep is offering this diamond in the rough directed by Braden Abraham with R. Hamilton Wright as George, Pamela Reed as Martha, Aaron Blakely as Nick, and Amy Hill as Honey. Returning home from a faculty party at 2 AM, George is surprised to learn that Martha has invited guests over who will be arriving soon. Abraham makes sure that the ensuing three hours keeps us laughing and also on the edge of our seats. 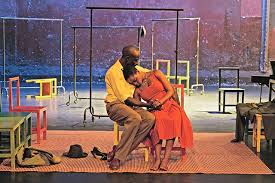 The Suit Fits Well at the Seattle Rep

Peter Brook’s The Suit provides Seattle with a powerful example of this theatre master’s stage magic. The 75 minute one-act makes its West Coast premiere in a co-production between The Seattle Rep and the Seattle Theatre Group. 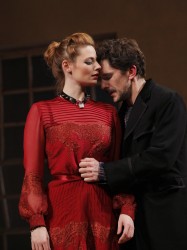 Gillian Williams and Michael Tisdale / Photo by Chris Bennion.
Past

Theater is energy, and in David Ives acclaimed play Venus in Fur, directed by Shana Cooper, it is the play of energy that becomes the focal point of the experience.  As always with The Seattle Repertory Theater the set (Sybil Wickersheimer) is flawless.  Amazing sets have come to be expected of The Rep, and it is […] 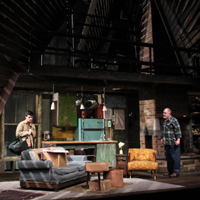 Jack Taylor as Daniel and Michael Winters as Walt
Past

“I Don’t Know if I Want to be Straight”

Six months after Exodus International, an organization whose mission was to “help” gay Christians become straight, not only shut down, but issued an apology, the world premiere of a play about the same subject, A Great Wilderness, opened at Seattle Rep.

How to Write a New Book for the Bible

“The Bible is the story of a family.”