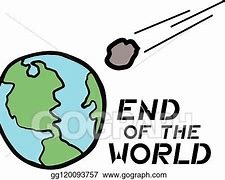 Recently two young millennials, when the subject of having children came up, stated that they did not think they could cope with the inevitable climatic catastrophe and raise children at the same time. Boom, which opened at the Youngstown Cultural Arts Center in West Seattle on Friday Nov. 4th, speaks to this generation’s angst.

In keeping with the sexual-social mores of the millenials, a female journalism student answers an online ad to have a “no strings attached” evening of sex, in a basement lab at an unnamed university campus.

Peter Sinn Nachtrieb, the author turns every stereotype about sexual foreplay on its head, using incredibly witty dialogue to create a verbal and sometimes physical tango in the style of Noël Coward with a male character, Jules, who is a cross between Woody Allen and Sheldon Cooper and a female sexually aggressive character named Jo, played by Brittany N. Lael. Or so it all seems

When Jules’s less than scientific and equally disregarded prediction that life on earth will be destroyed actually comes true, things really get going in the underground lab between the two because the two have to face whether the “no strings” attached sex actually has significance.

The strength of the production was in Blake Simpson’s brilliant performance as Jules, not only did he have the vocal ability to milk every line of dialogue for every micro bit of humor and nuance, but he also had the physicality to express his character’s uniqueness. Unfortunately, the director Brian Brooks, allowed Jules’ counterpart in the lab, Jo, to deliver most of her lines in a monotonous semi-hysterical angry mode, which concealed the intricately constructed dialogue.

However, it was an extremely stimulating play and rather topical. The mission of Blue Hour Theatre is: Raising awareness about the impact of environmental change. I would say that they have accomplished this without being didactic.

Although West Seattle is not exactly an artistic desert, Blue Hour Theatre is a welcome addition to the neighborhood.

All Tickets are pay what you can. Info: https://www.bluehourtheatre.com/