Creation of the World and other Business by Arthur Miller 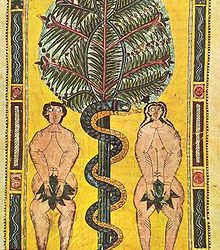 Theological and Philosophical Questions along with Humor

Under Charles Waxberg’s direction, Theatre 9-12, has produced one of Arthur Miller’s little known but extremely thought-provoking plays, The Creation of the World and other Business, which has had a rocky production history. Opening originally in New York in 1972, it closed after 20 performances but in 1973, an amateur theatre company at the Edinburgh Festival Fringe won the award for best production that year, for their production. It has also been re-worked into a musical, by Miller himself, called Up from Paradise, which opened in 1974 at the University of Michigan. Along with a lot of jokes about God and Sex, there is also a conversation about the great theological and philosophical issues of mankind: the nature of evil, the imperfections of the world, the free-will given to mankind by a supposedly all-powerful creator and of course man’s relationship to God and Satan.

Following the Judeo-Christian creation myth, as recounted in Genesis, the play opens in the Garden of Eden shortly after God has created Adam. As the play opens God, played by a white-haired Robert A. Barnett with a deep godlike baritone voice, discusses the progress of his latest creation, a human man, with his three archangels. Adam. played by Michel C. Robinson, is a young, energetic, athletic male who hops around the Garden of Eden naming things for God, admiring the beauty, swimming without a care in the world-obviously. 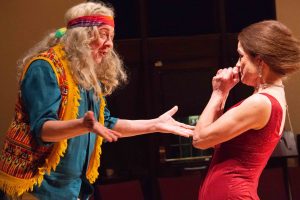 After creating Eve, God begins to doubt the prototype of his design because they have no interest in, or knowledge of, sex. Enter Lucifer, played by Mary Mufin Bayley, clad as a sexy woman in a red slinky evening dress oozing aggressive sexuality and dripping with devious charm. At her urging, Eve then Adam eat the apple from the forbidden tree of knowledge, which ignites the sexual urges and they procreate. 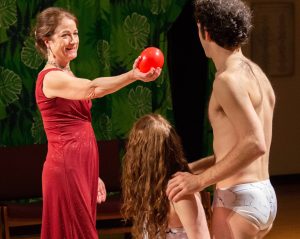 Once they are expelled from Eden, they discuss the origin of good and evil, especially after Cain kills Abel, why people have free-will, who has responsibility for the world Satan or God. Along the way there are some humorous one liners. For example, about the pain of childbirth, Lucifer says “When He makes something worse it is perfectly worse.” It resonated with me who decided that God could not be female because no woman would create nine months of pregnancy and morning sickness followed by childbirth.

Director Charles Waxberg made creative and astute decisions about this play beginning with the casting and gender bending. Robert A. Barnett as The Lord (or God) looked the part and had that deep resonating voice one imagines God speaks with. Casting a woman as Lucifer, and costuming her in a sexy red evening dress as the temptress (there was no snake) was true to the essence of the original story of Genesis if not the facts. (N.B. Miller originally wrote the part for a man)

The costumes and incidental music was from the late 60’s hippie era, which worked well for the happy-go-lucky let’s just enjoy Paradise set-up in the Garden of Eden. I question whether this play was well-served by doing it in the round. At times distance from the audience may have enhanced the majesty of an all-powerful God. The scene of Cain killing Abel, although stylized, was a bit too close for comfort, but I am particularly squeamish

Other standouts in the cast were Michael G. Robinson as Adam, whose physicality and comic expression added a lot to the show. Eve played by Laura Bannister managed a transition from a rather dim innocent to someone who challenged everything with a razor-sharp mind. Rowan Gallagher as Cain put in a tour-de-force performance

Theatre 9-12 has done it again, delighted Seattle audiences with theatre gems. It would be wise to see this production as it is seldom produced. Even though it is on First Hill, there is ample parking in the Skyline building or take the bus. 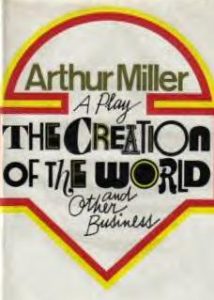