Art is in the Eye of the Beholder

Three best friends since student days, Marc, Serge and Yvan have enjoyed a happy relationship for about 20 years.

Marc, the eldest, has always considered himself a good influence on his two friends whom he believes have always respected him as a mentor. 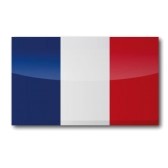 The relations between the three men change suddenly when Serge buys a large blank white painting by a renowned painter for an exorbitant price. He sees a distillation of the artist’s life experience; the others consider it to be a sham
The painting becomes the catalyst, which launches a duel of egos between Marc and Serge, with Yvan becoming their scapegoat

The confrontation becomes a great nitpicking battle when each man, in turn, picks apart the two others’ characters and personalities. The author, Yasmina Reza, manipulates the French language like a weapon, wounding each player in turn, who then parries the others’ attacks.

The play is divided into short scenes with different combinations of the three actors, interspersed with short monologues when each character expresses his thoughts about the other two directly to the audience, which creates an intimate connection to the action.

The catharsis which the audience expects does not take place. The closing scene leaves the spectator in the dark about what will become of the relationship of the three former best friends.

We are given a hint in the closing lines spoken directly to the audience by Marc who, it seems, has come to grips, at least, with the meaning of the painting by giving his own interpretation of it as a man disappearing into a snowy landscape in a snowstorm. 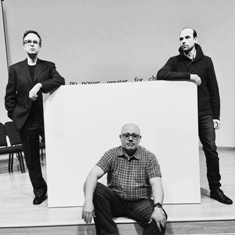 The three actors, Julien Bouétard as Serge, Jean Bernard Dahmoune as Marc and Erik Sackstein as Yvan, do an excellent job characterizing their very different personalities. Despite the limited action of the play, their stage presence and movement create fluidity and variety thanks to the director, Trinity Daudenthun, who must be credited for her ingenious choreography.

The lighting director, Daniel Wooley, deserves equal praise for adding to the overall atmosphere on stage, by his imaginative use of lighting,

This is a unique opportunity to see a fabulous production of a witty intriguing play, performed in the original French, in the Seattle Area. Get your tickets now!!!

Read other reviews by Paul Desloover