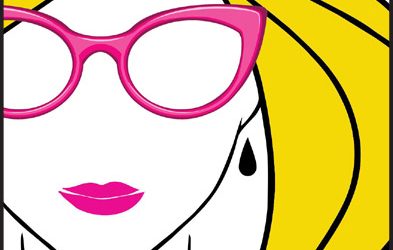 We are all familiar with the fact that sometimes, things just don’t go as planned. Seventeen years after the film was first released, most people are also probably pretty familiar with the specific ways that pink-loving and fashion-merchandising Elle Woods’ plan to win back the boyfriend who dumped her for her frivolity, spectacularly did not go as planned. But there are some horses that are charming enough to continue beating for nearly two decades, as Seattle Musical Theatre proved at Magnuson Park with their production of Legally Blonde the Musical (directed by Megan Brewer).

For those of you unfamiliar with the cultural phenomenon that is Legally Blonde, the story follows ostensibly airheaded Elle Woods (Jadyn Muralt) as she follows her former-boyfriend, Warner Huntington (Fune Tautala), to Harvard Law school to prove to him that she’s “serious” enough to be wife material. She wins a prestigious internship and represents fitness guru Brooke Whyndam (Merideth Kirry), who is accused of murdering her much older husband, long before she graduates. Along the way, she discovers a passion for law, a new love interest in her T.A. Emmett Forrest (Jon Han), and the fact that you can be a successful, professional woman and still wear pink.

Tuatala did a fantastic job of being absolutely unlikeable, while Han was positively endearing as the nerdy Emmett. Muralt’s Elle was both funny and engaging, but failed to evolve convincingly into the strong, independent lawyer she’s supposed to embody by the play’s end. This was mostly the result of two factors, neither of which can be blamed on Muralt. Firstly, the drawback of producing a well known story is that the audience already knows when the punchlines are coming and not enough emphasis was placed on some of her key development moments, the result being that they fell flat. Secondly, while the live orchestra was fantastic, it also at times overwhelmed the actors singing on stage so that it was difficult to make out the lyrics, and more than once, the microphones seemed to go out all together. That being said, her powerful rendition of “Legally Blonde” (the song) was a true testament to her talent as a performer.

Mackenzie Neusiok did a fantastic job with the choreography, the dance scenes were fantastic to watch, working with the script to produce laugh out loud humour more than once, particularly in the few scenes that involved Kirry who landed every single one of her lines in the funniest manner possible. While the Tabs Wagner’s costuming was minimal it was effective, with the one exception being the unfortunate wig thrust upon Muralt, her blonde locks became more and more matted as the show went on, hopefully they’ll invest in a new one for coming performances.

All in all, Legally Blonde was a light-hearted, if familiar rendition that’s appropriate for all ages and good for anyone who wants a laugh.