“Good evening, I’m Inspector Carter. Take my case. This must be Charles Haversham! I’m sorry, this must’ve given you all a damn shock…“ 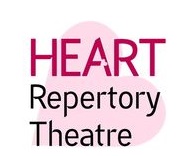 The One Act Play That Goes Wrong< is this hilarious comedy about the fictitious Cornley Polytechnic Drama Society who has received a large and sudden inheritance and is putting on a performance of The Murder at Haversham Manor. During the performance, a play within a play, a plethora of disasters befall the cast, including doors sticking, props falling from the walls, and floors collapsing. Cast members are seen misplacing props, forgetting lines, missing cues, breaking character, having to drink white spirit instead of whisky, mispronouncing words, stepping on fingers, and being manhandled off stage.

The climax is a tribute to a scene in Buster Keaton’s film Steamboat Bill, Jr., when virtually the whole of the remaining set collapses. This one-act version of Mischief’s world famous The Play That Goes Wrong originally premiered at the Old Red Lion Theatre in London in 2012. Since then, the expanded two-act version has taken the world by storm and has been performed in over 35 countries across 5 continents, winning multiple awards including the WhatsOnStage and the Olivier Award for Best New Comedy plus a Tony and Drama Desk Award for Best Scenic Design of a Play. A true global phenomenon, it is guaranteed to leave you aching with laughter.