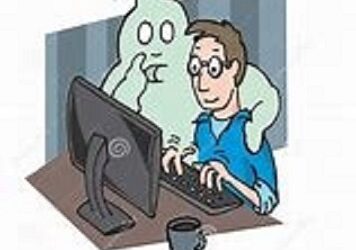 It is wonderful that Woodinville Repertory Theatre has recuperated from the pandemic and produced its first post-Covid play, Ghost-Writer, by Michael Hollinger, in a new space. Opening in 1919, the set was historically accurate with a gramophone, an old-fashioned telephone, and one of the show’s stars, a vintage 1911 Oliver Model #5 “Typing Machine.” 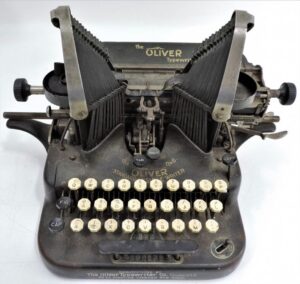 As the show opens, a young woman, Myra Babbage, talks to imaginary journalists while sitting behind a desk with the vintage typewriter, trying to finish someone else’s unfinished novel. A tall, very good looking, well-spoken woman, she launches into a very long monologue about her relationship with her long-term employer, Franklin Woolsey, who has just passed away.

Woolsey, played by Curt Simmons, is a late middle-aged highly prolific New York author, who has rented an office/study, to get away from his overbearing, pretentious wife, Vivian. Upon recommendation from a secretarial school, he hires an expert typist to whom he dictates his novels.

Thus begins a collaboration, which neither expected; she is an expert editor and the two spar editorially and sexually over questions of punctuation, until he dies suddenly with an unfinished novel in the works.

Vivian, the wife, played by Melanie Workhoven, makes brief and intrusive entrances to meddle, smoke out the competition and to demonstrate why the author felt compelled to rent a room away from home, in order to find some peace and quiet.

The major conflict of the play is whether it is possible for Myra to finish the novel, whether she was just taking dictation and editing or whether her contribution involved a real collaboration. Vivian, out of jealousy, also threatens to prevent publication of the book if Myra finishes it.

It is a good solid production, the set, costumes and even the music were all authentic to the period, and it was a time when women were beginning to go into the workforce. The script itself was only one long monologue, which the main actor, Mary Leedy, as Myra, handled more than competently.

However, the script was written in fairly stilted language, the auxiliary verbs were not contracted, when they should have been, which in conversational English is jarring. Director Cynthia White chose to direct the actors to have extremely subdued emotions so a real emotional commitment to the fate of the characters was lacking in the audience. It all seemed very “stagey.”

In the past Woodinville Repertory Theatre has produced some outstanding productions, I am certain it was re-bound now that it has a new space with parking. 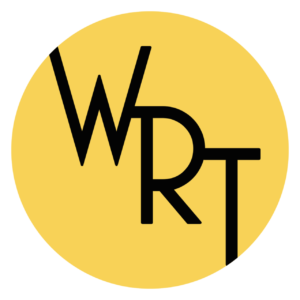