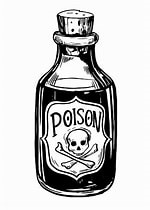 Macha Theatre Works is thrilled to present the world premiere of La Tofana’s Poison Emporium, written by Joy McCullough. This production marks the fifth world premiere play, in as many years for this Seattle theater company, all written by local female playwrights. Joy McCullough is teaming up for the third time with director/producer Amy Poisson and actor Bianca Raso to showcase another infamous historical female lead character: Giulia Tofana, a 17th century apothecary and serial poisoner, in Rome.

Although Tofana was famous for providing women with poison to dispose of their abusive husbands, she also provided a tea as an abortive. “ we can’t believe that a story from the 1600s is relevant to the struggle of women today in the United States,” said director Amy Poisson. (as in fish in French, not poison)