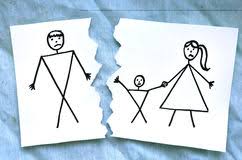 “He thinks he was conceived by a credit card and Fed Ex.”

Patrimony, a premiere by Duane Kelly, explored some very topical themes, if I am to trust the syndicated advice columns in the Seattle Times. The great conflict in this play, which opened at 18th and Union, was how to deal with the consequences of keeping the facts of a child’s conception secret or shrouded in plausible lies.

Although the material provided fertile ground for conflict; in spite of some well-written scenes, the play still seemed to be in workshop mode. The first ten minutes of wordy exposition was unnecessary to introduce the plot. Unfortunately, the extremely poor direction concealed the merits of the play and made for a fairly unpleasant evening.

Samantha York, a single Black woman in Oklahoma has raised an only son on her own, but when he is about 17, he starts dangerously faltering in life and gets overly curious to discover who his father really is. For the mother to tell the truth, she would have to come clean about a 17 year old elaborate lie. Of course DNA testing complicates the situation, because the son, Eli, hopes to reunite with some of his siblings and cannot comprehend why the results of a DNA test does not reflect his ethnic background.

So there was plenty of suspense to carry the plot; it was just not structured as skillfully and succinctly as necessary. Plus a bit of Magical Realism was thrown in, which seemed extraneous.

Unfortunately, for the actors, the director, Alma Davenport, made some regrettable choices. The dialogue could be played a number of different ways (some comic relief could have helped) but the lead character, the mother was played as an angry over-reactive, defensive, screaming, narcissistic, appallingly self-centered control freak, who seemed devoid of an ounce of compassion for anybody but herself. With anger the old maxim, less is more, is the rule. Listening to shouting and screaming in such a small space was uncomfortable.

Equally unfortunate was the director allowing the actor playing the son, Foster Nix, to sit and walk with hunched shoulders, so that his eyes were always looking at the floor. Sitting as I was in the last row, I only saw his stocking cap and rarely his face, so it was rather expressionless acting. When he did speak directly to the audience, without his stocking cap, his hair covered his eyes. Simple technical things marred the actors’ delivery such as being directed to stand where there wasn’t enough light.

It was a great pity because the play had some real value and the playwright is definitely talented. With another re-write and a skilled director, who has some compassion for the audience, this could be a decent script.