The Diabolical Elixir-A Live Radio Show of the Gothic Variety 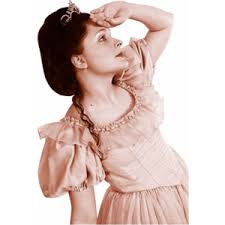 Thanks to Garrison Keiller and the downloadable internet, radio shows and radio plays i.e plays written specifically for radio, have had a revival. N.B. As a result of competition with television, radios shows and radio plays died out in the 50’s and 60’s. In Seattle, there is not only Sandbox Productions, which has quarterly productions, but also Madcap Melodrama. On Tuesday, September 23, Madcap performed a live original radio play The Diabolical Elixir, a spoof of 19th Century melodrama, with an outstanding cast and exquisite sound effects.

Although the plot was difficult to follow, because it was overly complicated and could benefit from some strategic editing, The Diabolical Elixir is very melodramatic with absolutely no character development; a young girl is locked up in a castle by a evil uncle, who has sexual desires on her, a forbidden love-affair with a mysterious stranger, rescue attempts and various good simple people. The excellence of the acting and the production redeemed the convoluted plot.

The cast was spectacular but even with such an outstanding cast, Brennan Murphy stood out. For someone who started out as a non-verbal performer-a dancer, he has evolved into a very fine non-physical actor; expressing everything vocally. His richly colored mysterious voice, as the narrator, was a combination of Vincent Price and James Earl Jones, exuding a subtle seductive quality, which immediately suggested a desire to break out of normative sexual restraints and embrace uncontrolled sexual urges even if self-destructive.

As the young Angela the “damsel in distress” his high falsetto had just that tinge of irony which made the whole melodrama very funny and palatable to a 21st Century audience. It was truly impressive how quickly he could switch from one character to the other.

With a perfect Transylvania accent, Kate Wisniewski played the villainous uncle, who had designs on Angela, his virginal niece,. As a woman she managed to portray all the phoniness of a lying betraying slimball.

Gabby Sigrist played a variety of characters but most impressively the Romantic Seeker, a woman who was looking for a fairy tale love story rather than a cynical take on a tricky sexual encounter. Like Murphy, she also had a lovely expressive voice. With a fiendish voice, Ki Gottberg played the demon as well as, Angela’s love interest, a poor down on his luck shepherd, whose relationship with Angela is cryptic.

What really made this production, memorable besides Brennan Murphy’s performance, were Dominic Cody Kramer’s Sound Design, which included creaking doors, the dripping of subterranean caverns, imitations of diaphanous clothing as well as his own little subtextual comments punctuating the show, which were right on the money.

I found it endearing that three of the four members of the cast were all on the faculty of the theatre department at Seattle U; which says something about the creative and collegial atmosphere there. Congratulations Seattle U Theatre Department.

Listen to the podcast and try to get to the next free show at the Lee Center of the Arts at Seattle U.