Elizabeth Coplan, Artistic Director of the Grief Dialogues project, has curated this set of six well-crafted 10 minute plays for this evenings play reading. All plays were directed by Wesley Fruge. Interspersed among the plays were poems by Jennifer Coates, Kristin Bryant, and Terry Severhill. A post-show song, “Move On,” performed by Carla Rose Fisher accompanied on guitar by her husband Thomas Fisher, followed by Q & A with the audience rounded out the evening.

The value of workshop productions to writers. A new play grows into its final status when it is fully produced: the actors have memorized their lines, all the furniture and props are in use, the set is constructed, costumes fitted, and the lights, music, and sound effects synchronized with the action. A full production costs a lot, so it helps for the playwright to get a sense of an audience’s reaction and further polish her work before a company commits to a “world premiere.”

That’s where play readings and workshops come in. A play reading is a simple affair with a director working the cast of actors through a few rehearsals before they read the play in front of an invited audience. The performers use music stands to hold their scripts and sometimes one of them sits apart and reads the stage directions.

The whole cast were quite emotive and evocative of emotions though they held scripts to prompt their lines.

A Dog Dreams — Jeffrey Fischer-Smith (Tucson, AZ)
Premise: A widow’s husband’s afterlife superpower is knowing dog dreams. His spirit returned for a friendly chat with his widow during her dreams to encourage her take specific actions to allow the dog—and herself—to properly say their goodbyes.

Without directly stating it, this play brings forward a “dialogue” on the nature of our rituals for leave taking, from the view of the still living. I think the script might have drawn in the widow’s attendance at various wakes and memorials, etc. and maybe a note of feeling fatigue from all the large social gatherings. What the ghost of the husband is asking is different. The characters are rather stuck in place for this play. Perhaps the husband might move about the bedroom noticing changes, or the dog barks off-stage from sensing his presence.

Dead Giveaway — Daniel Guyton (Fayetteville, GA)
Premise: A husband’s odd Valentine Day gift of a shared burial plot with his wife opens a conversation about what each expects of the other after one of them dies.

This play was the funniest of the lot. No one dies.

Full Circle — Ron Frankel (Boynton Beach, FL)
Premise: A lonely, misanthropic old man complains his way towards his death. His banter of misery is interrupted by a surprise visitor—his estranged adult son who has not seen his father for over 20 years. The son only recalls his dad as being full of lies and broken promises, which as a 5 year old he interpreted to be same thing. Now, can his father convey one truth to his son that might extend his miserable life?

Following the clue from the title, full circle, this play left me thinking about the reverberations of what we do and say. The nurse in this play is persuaded to leave early to pick up her daughter at the airport, leaving the father and son alone in the hospital room. This felt right, not everyone cuts corners everyday, but everyday, let’s be sure, someone is cutting corners. 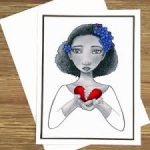 Hospice: A Love Story — Elizabeth Coplan (Seattle, WA) Premise: This play used a rare format: “dual monologues.” Two sisters in separate settings confess their feelings for their mother and each other to third, and fourth parties. I was left to ponder what they might have said if brought together.

This play begs for more action, perhaps scenes of the sisters continuing their solo narrations while also hovering about their mother’s bedside.

The Number — Barbara Blumenthal-Ehrlich (Boston, MA)
Premise: A couple of grandchildren are wrestling with the emotional echoes of their grandmother’s secret shame she kept literally covered up. Is it an honor, burden, or nightmare to confront the trauma one’s ancestors suffered?

This was the only play to reference collective violence and trauma. After the Vietnam War, Thich Nhat Hanh brought Vietnamese and US soldiers together to help them heal the spiritual and emotional wounds of combat. At times, they surprised themselves by discovering they had faced off in the same battles. This is the type of play, with only small changes, that could be used to promoted discussions like that in many contexts.

After the briefest of scenes while he opens the box of his son’s stuff with is wife the husband leaves to collect firewood. To bring the mother’s curiosity into greater relief, he might wrestle the journal from her and toss it in the fireplace before his exit. She’ll have to physically retrieve it from the “ashes” with its symbolic connection to cremation or the eventual dissolution of a person’s physical body after death.

This show was performed in conjunction with Death Salon Seattle. Over half the audience was attending this conference. I know this will be one of their highlights.

Elizabeth Coplan’s full-length version of Hospice, is slated for October 18th at 18th and Union Theatre. Check parleyproductions.com for tickets.