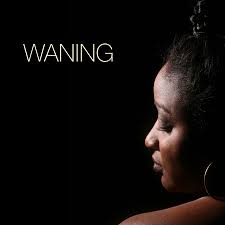 On a rain sodden, midweek night on Capitol Hill, Annex Theatre presented a thought provoking production, Waning. Playwright Kamaria Hallum-Harris filled her fifty-minute play with startling juxtapositions pitting the horrific history of the treatment of African Americans in the early part of the 20th century with a modern young black woman, Luna (Danela Butler), searching for her sexual identity today.

The play opens with Luna reading a history text relating Jim Crow Era atrocities while waiting for her girlfriend Indu (N.S. Ahmed) to visit. The violent historical passages are read aloud by Benjamin Symons who will later enter the story as Ravi, another love interest for Luna. Indu is soon able to assuage Luna who is somewhat distraught from reading the sad history recounting the treatment of her race. The two women share a warm sense of humor manifested in good-natured kidding. Eventually they head to Luna’s bed. The dialogue is quite sparse but delivered naturally. N.S. Ahmed is particularly strong, indicating conflicting emotions in her tentative interactions with her lover.

The script calls for a number of outfit changes during the course of the play; Luna seems to be searching for what she wants to look like and who she wants to become as she steps up to womanhood. A particular emphasis is placed on the different wigs Luna tries on until she finally decides to simply sport a natural Afro hairstyle near the end of the story.

The production emphasizes the difficulty for a young black woman to come to terms with her sexual identity. The road already is so difficult for her race; does she have the strength to join another minority by declaring her love for another woman? Midway through the story, Luna parts ways with Indu; she is simply not up to that personal challenge.

She goes on to meet Ravi at an alcohol fueled party and soon has a more traditional relationship. Symons skillfully moves into the boyfriend role after spending the initial scenes as the historical text narrator. Luna and Ravi’s relationship moves smoothly along until Luna discovers she is pregnant. Herein lies the conflict that will force Luna to come to terms with what path she must choose to live her life honestly.

Hallums-Harris, as Leuanna, adds skillfully performed dancing pieces that enhance the production. She sometimes seems to have the role as a kind of chorus, commenting on the action on the stage. At other times her dancing serves as a tacit reflection of Luna’s soul. Her choreography makes for some compelling visuals. At one point, a kind of triptych is presented as Luna and Indu make love, while Ravi reads from the history text and Hallums-Harris dances.

Luna’s journey concludes with her vow to finally focus on “caring for myself.” She has a tough road ahead, but seems ready to travel on into whatever obstacles may confront her. As the program notes, she is ready to “claim her right to love and be loved.”

Sadique Iman directs the production, nicely linking the series of short scenes that constitute the bulk of the script. Iman is also responsible for the show’s compelling choreography. Benjamin Symons took on the duties of sound designer, highlighting the action with rhythm and blues and modern rap pieces.

Waning will be presented at the Annex Theatre Tuesday and Wednesday nights through March 1. The theater is at 1100 E. Pike Street on the corner of Pike and 11th. For more information call 206-728-0933 or visit AnnexTheatre.Org.