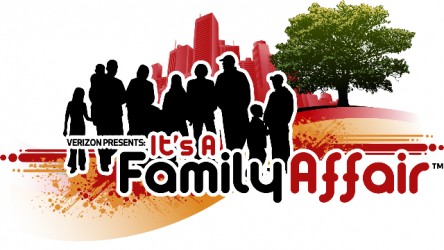 Families-Who would do Without Them

Although Brown Soul Production’s mission statement is to develop and produce new works by female writers of color, Miss Fortune Has Green Eyes, by Alma Davenport, which opened at Theatre 4, in Seattle Center, this past weekend,  has universal appeal, as it deals with the family dysfunction caused by substance abuse.

However, there was something extremely disheartening about the play, as the healthiest character was the recovered alcoholic/drug addict.  The playwright seemed to be in denial about a lot of aspects of dysfunctional families: namely that recovery is now a mainstream concept in the U.S. and very easily available to both the addicts and the affected family members.

The play revolves around the extended family of Ray, played exquisitely by E’Marcus Harper, a husband and father, who is in recovery for alcoholism, domestic violence and drug addiction.   His wife, Caryn, played by Cynthia King, who still loves him, has compassion for his addiction and does not undermine his seven years of sobriety.  They represent a certain type of African American, deeply religious but in a sustaining way, attached to the community and benefiting from the nurturing spirituality.

Their second daughter, Princess, has just graduated from high school and being the youngest, has had several years of parenting by a decent sober father.  She embraces her parent’s Christian values.  Hell on wheesl, is the only way to describe Tammi,  the late 20’s sister, who is married to a  non-practicing white physician, who surprise surprise, is an addict,    Tammi needs to have an emergency high octane dose of Al-Anon immediately.  Rigidly, she spouts New Ageism.  Like all unrecovered adult children of alcoholics, she is hyper-controlling, accusatory, shaming-blaming, self-righteous and has so much anger that it leads to incredibly self-destructive behavior. She could drive anybody to drink!

So, what we have are the elements of a situation dramedy and soap opera. A very loosely constructed plot is given to us; Ray, bought a lottery ticket and has won $8 million, and after taxes can dispose of $5 million.  At a crab dinner, he  publicly makes amends to all the people he has hurt during his days of alcoholism, and offers each of them $250,000 because they have helped him recover, or took care of his family in his absence.

The result is not a happy one. Not only does he not get gratitude, but they all expect more and even the pastor tries to blackmail him into giving more,  and every 2nd, 3rd, 4th, and 5th cousin phones and pleads for some.  However, that is not the central focus of the play, because there is not a real focus.  Character development and a dramatic arc were missing. It was just scene after scene of exposition and back-story but absolutely nothing about getting the rest of the clan of co-dependents into recovery or therapy themselves.  N.B. This did not take place in pre-Oprah, 1960, but in contemporary times.

Even the auntie Johnetta, who had an advanced degree in psychology did not suggest that the non-drinkers needed some help or had their own non-substance addictions.

Although the playwright had a gift for writing dialogue in several different dialects, they still spoke to each other as people did in the ’60’s-that combination of Freudian psychology and Sartreian Existentialism-let me judge you and tell you what is wrong with you and this is my right. Every school kid for the last 25 years has been told to make “ ‘I’ statements, not you statement.”

Another big barrier to the production was that it was written with too many short scenes but presented proscenium style ( that is to say-the stage was in the front of the audience) With short scenes, it is best to do away with a realistic set and props because excessive scene changes slow things down.

Many of the scenes, especially those between the older daughter Tammy and her husband, just kept repeating the same information about the couple, ie. She is verbally, emotionally and psychologically every bit as abusive as her father was physically abusive and her husband is a drug addict.

On a realistic level, the playwright left out the that the AMA is very vigilant about intervening, when physicians have substance abuse problems.   It is a clear choice, either rehab or loose your license.

All in all, unless you know nothing about the dynamics of substance abuse, co-dependency, the destructiveness of “you” statements, or control freakery, I would not recommend this show.   Although the playwright passed out pamphlets about Domestic Violence services for victims, it seemed out of place, because the play did not present the person most in need of help, actually getting any.    Also, the play started 20 minutes late, part of this was because the playwright got up and talked for 5 minutes when it was already 15 minutes late.   When an audience has been waiting 15 minutes, it is not the time to ask for donations.  It almost seemed like the greedy pastor.