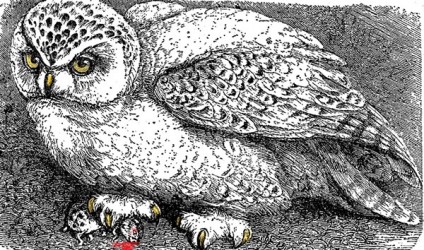 The Natural and The Supernatural.

The Eclectic Theater is a small black box just off Broadway, which contains all the energy and soul that should be present in such a space. Clearly, this company of artists is quite passionate.

Winter Bird, written by Stephen Delos Treacy, tells the story of a simple librarian who is visited by a sultry woman and becomes transfixed by her, but not is all as it seems. Mr. Treacy clearly had a story to tell, likely inspired by his background in wilderness biology. The story seems to rest on mostly solid ground in the first few acts, but ends in a final showdown which left this reviewer perplexed.

When one enters the theater, it’s easy to notice what a detailed environment has been created in the black box space. The assumed library setting, which is where most of the action takes place, as well as a rustic cabin setting tucked stage right, are well represented by props. Take particular note of the shelves, which provide many things to examine from your seat while waiting for the show to begin. One small annoyance was the quality of the ringers on the telephones used in the show, which should have used a different sound.

In general, though, directing duo Tony Doupe and Klae Bainter have brought a good deal of talent to the table. The artistic direction here is one of the more successful aspects of the production. Lighting is used to good effect, providing dark, moody scenes and the use of the color red to emphasize key moments. The costumes are well chosen, too, with a good 90’s feel. This particularly applies to one outfit, which really embodies the grunge aesthetic prevalent in that time period.

The players, headed by Michael Oaks, portray their characters with gusto.  Oaks brings charm to Peter Seacliff, an absent minded reference librarian haunted by his past. Though the performance is mostly played straight, there is a scene in the final act where he is allowed a looser, more impressionistic vibe. Similarly, most of the other cast members fluctuate between states of rationality and insanity, and stylistically it works most of the time.

Our story begins with Seacliff in the library. He’s been dogged by the head librarian,  Alfred Pettibone, who seems to always have some frustration with everything around him. The actor playing Pettibone, Mark Abel, seemed nervous at times, but he used this energy to burst through and give us quite an unsympathetic character, a foil to Seacliff. The mysterious woman appears, dressed in white. Christina Naficy brings a flowing grace in her portrayal of Thiera, and from the moment she first meets Seacliff in the library until the climax, the viewer is kept guessing what her true motives might be.

When Thiera attempts to purloin a rare library book, Pettibone tries to stop her, and receives a bad cut. This further worsens his distemper. Officer Killbear, the no-nonsense Alaskan Native police woman, shows up to take statements and patch up Pettibone. She discovers that the injury Pettibone has incurred looks like that of an owl attack. Consuelo Aduviso is perfect for this part, acting as though she’s perfectly at home in an Alaskan precinct. Notable is her swagger, and a hint of wry wisdom.

Not long after, we’re introduced to Sean Boyle, a hyper-active, truant high schooler, who is Seacliff’s nephew. He becomes the librarian’s impromptu sleuthing companion in learning more about Thiera, and the plot’s actions focus primarily on their search. Damien Charboneau brings some much needed energy to the first half of the show as Sean, cavorting across the stage with a boisterous energy, and generally acting age appropriate. This critic was concerned he would overplay the part a little too much, but the performance evens out in the last half of the show. This may be explained by script’s mention of “adderall,” and used to serve the energy of the final scene.

Some small highlights of the show were brought by Margaret Bicknel with her erratic character Evelyn Finch, who is only seen in a few interchanges. Nonetheless, she savors every moment on stage with a kind of batty glee. We must also not forget Buddy Todd as Bob, the mute library janitor, who brings some levity to interludes.

Winter Bird is a great show to challenge a small troupe like this. If you’re a dark fantasy nerd, though, you may come away a little confused. On its own web page, the show is described as a “gothic vampire story,” which wasn’t readily apparent to this critic until the final act. Most likely it’s the script that is at fault. There just aren’t enough clues dropped in throughout to insinuate anything to do with a vampire, and the result is the twist falls a bit flat. However, this criticism is primarily with the work, and not the cast or crew. If you’re a fan of suspenseful theater, Winter Bird comes wholeheartedly recommended.

Read other reviews by Jasper Loovis