Checkoff in the Sun 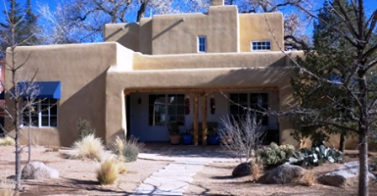 Checkoff in the Sun, a “World Premier” which is really a sophisticated name for an original script opened this weekend at the Eclectic Theatre, in Capitol Hill.  As its name implies, there is a connection between it and Chekhov the Russian playwright.  Like many of Chekov’s plays, a group of interconnected relatives and friends are gathered in an isolated country house for a few days and spend the time discussing life’s disappointments.

The catalyst for this particular gathering is the impeding death of Victoria, a late-middle-aged vaguely Bohemian mother played by Molly Blades, married to Harvey, a likeable computer geek, played by Jack Hilovsky.  For a woman dying of cancer, the issues which were discussed seemed trite and contrived; we never got to see Victoria really grapple with end of life issues.

Many references are made to Chekhov’s last play, The Cherry Orchard, however transposing The Cherry Orchard into early 21st Century America didn’t work very well.  The Cherry Orchard has several references to the shifting power base of the bourgeoisie and peasantry at the expense of an impotent aristocracy.  The references in this play to middle-class malaise were just off-base, as the person making them was robust and succeeding within the parameters of his class.  The wit of Chekhov was lacking, the script seemed wordy and the actors seemed to be directed to play everything for laughs and to telegraph the audience.

The playwright seemed to write the best lines for 14 year-old actress Kayla Brooks as Eliza, the daughter of one of Victoria’s best friends.   Using the protection of her innocence, she kept asking questions which cut through the chatter of the adults with a precision which was both amusing as well as insightful.  Whether her lines were the best lines or Ms. Brooks was just the best actress is debatable; at any rate she was a pleasure, as was the musical score, by Robert Blumenthal, which will appeal to baby-boomers.