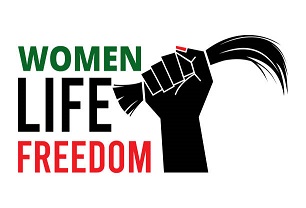 “It’s about a generation with so many dreams and so little freedom.”

Seda Iranian Theatre Ensemble and Macha Theatre Works are excited to announcethe first official show of this fantastic new theater company with the world premiere of The Forgotten History of Masteneh, written and directed by Naghmeh Samini. The play runs for one weekend only February 10-12, at Taproot Theatre’s Isaac Studio in Seattle’s Greenwood Neighborhood, and will be performed in Farsi (Persian) with subtitles.

Mastaneh, a middle-aged Iranian woman, tries to remember her past; memories about when she was a high school girl in Tehran during the Iran-Iraq war in the 1980’s and a simple incident that caused a major feud between her and her school principal, Ms. Rahimi. Their feud gets deeper and deeper, until it exposes secrets in Ms. Rahimi and Mastaneh’s lives. Through reminiscing, Mastaneh-now in her 40s-realized that the bravery of the Iranian schoolgirls and women of Iran, in the current times, is a continuation of the history and experiences of her generation.

“The bravery of Iranian women combined with my personal experiences, inspired me to write and rewrite the play. This is a play about love, fear, bravery, fighting for freedom and all the ups and downs in the contemporary history of Iran from a personal perspective.” says Naghmeh Samini, co-founder of Seda and writer/director of The Forgotten History of Mastaneh.

“We have been patiently waiting for this moment since 2019. What better time to tell a story about Iranian schoolgirls than at this moment when brave Iranians are rising up back home,” says Parmida Ziaei, Co-founder of Seda Theatre and production designer for The Forgotten History of Mastaneh.