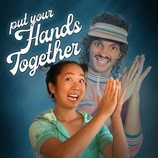 Comedians Pearl Lam and Woody Shticks come together in a versatile, expressive, true-to-the-times comedy, and use laughter to deal with complex topics of childhood trauma, violence, animal endangerment, sexual freedom, queerness and identity. All the while dabbing into nonsensical skits that help lighten the mood of the overall performance. In truth, it’s a great combination of themes and emotions but that needs a high level of precision to be pulled off. Woody Schitcks is a comic and stripper with a long list of distinctions, from sharing the stage with the likes of Patti Harrison and Cherdonna Shinatra to headlining the International Dublin Gay Theatre Festival and cofounding inter-arts group The Libertinis. On the stage, he possesses incredible charisma and energy that easily creates a fun vibe for the audience to experience and participate in. His counterpart, Pearl Lam is a Seattle-based actor and comedian and a graduate of the University of Washington and member of the Undergraduate Theatre Society. Lam’s presence was a bit more toned-down, but her serious deadpan comedy turned out to be a good balance to Shticks’ high energy.

The show consisted of a series of skits and alternating solo performances between the two comedians, who would pass on the baton and ‘put their hands together’ as the other left the stage. Unfortunately, the script wasn’t up to par, not only did it feel too staged at times, but the comedy itself fell flat. Some of the skits relied too much on stereotypical comedy and repetition and went on for too long, and some even toed the line between dark comedy and distasteful remarks. To be fair, the range of what is funny and what is inappropriate varies from person to person, which is why comedians dabbling in this genre need to be especially conscious of the limitations of the genre and of who might be more sensitive to certain topics. On that note, it would have been appropriate for there to be a content warning before the show. This is something I’ve found lacking in many theatres; they often don’t show content warnings and when they do, they are not clear enough. Productions should make sure that everyone, performers and audience members, are aware of where that line goes and how deeply it delves into triggering topics. After all, the objective of a show is to entertain, not make people uncomfortable by accident.

Overall, this performance had a great deal of strengths, and it would be a good choice for someone who prioritizes a room with really good energy and comedians with eloquent delivery. No doubt that this was an enjoyable evening for some people, as audience members around me could barely keep their laughter together, yet it seems to me that there was room for improvement.