Star Play-Star play under the stars 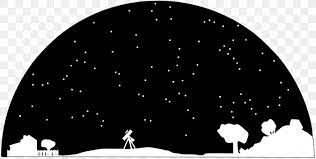 One of my favorite small theatres has produced an innovative quasi educational,quasi children’s, quasi mythological, quasi scientific, quasi touring-show, which I saw in Volunteer Park on Saturday, August 7. Star Play tells the story of “Pleione, the seventh brightest Pleiades sister,” as she takes a journey through space encountering various planets, stars, constellations as well as the various myths associated with them.

Educationally, the play, created and directed by Kate Drummond, was impressive. In a delightful, easy to comprehend manner, Star Play presents a lot of hard science about astronomy, but makes it fun for the audience. In addition, it brings in a lot of the history of the astronomers and their discoveries.

In addition, the play discusses the various creation myths surrounding the constellations; starting with the Greco-Roman myths, from which the scientific names derive, but including other extremely interesting myths, such as Polynesian and Native American (Kiowa). This had great appeal for the children and wannabe anthropologists in the audience.

The strength of the production was in the original music composed and performed by Kyle Levien, and in the concept. Unfortunately, the play was far too long, and the storyline was unfocused. Visually the play was weak, without adequate costumes or special effects, the play had to rely on narration of very complicated subject matter and the actor/narrator did not have the best diction, so a lot was lost. However, the pandemic has hampered a lot of rehearsal/production time, and I have faith than when tweaked this production will be spectacular!

Having said that, it was an enjoyable evening, with plenty of audience participation. So I recommend it for all ages. Stand-outs in the cast were Steph Courturier in multiple roles and Beth Pollack as Pleione

N.B. The cast has been vaccinated.