Harlequin to Air The Hotel that Saved Our Capitol 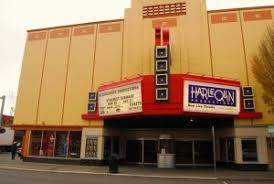 The Northwest Playwrights Alliance & KGY present a recreation of the July 1920 opening night festivities for the Hotel Olympian – “The Hotel that Saved Our Capitol.”  After a devastating fire destroyed Olympia’s largest hotel, Olympia lacked proper accommodations to house Legislators, lobbyists and visitors.  The lack of a first-class hotel was used as a club against Olympia in attempts to move the Capitol to Seattle or, heaven forbid, Tacoma.  Plans for a new hotel were delayed by World War I, the Spanish Influenza and a faltering economy.  Just when it appeared our Capitol would be lost, over 150 private citizens pooled their resources (over $320,000) to build a “world-class hotel.”This one-hour, 1920s-style radio recreation of the Opening Night Gala & Dance features a small orchestra, ten songs, a love story, and speeches from the major players who spoke at the original ceremony.  The broadcast is written by local playwright Bryan Willis. Deane Shellman directs an all-star cast of local actors. Musical direction by Daven Tillinghast.  The production is free to all and will be aired by KGY 95.3 FM on March 28 at 3p.m.  Donations from the broadcast will help support Harlequin Productions and Olympia Family Theater!