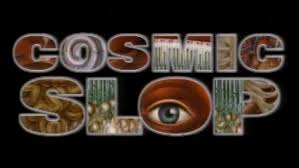 Cosmic Slop is a three-part anthology combining fantasy and topical social issues in The Twilight Zone-style stories from a black perspective. In Part I: Space Traders: A conservative African American politician must choose between his people’s survival and appeasing his white colleagues when space aliens propose to share their profound knowledge in exchange for all black people on earth.

A talk back will take place directly after the screening with producer/director Reginald Hudlin and longtime collaborator, author Charles Johnson.