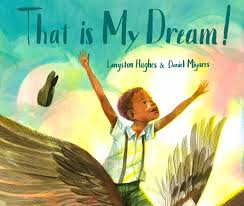 As part of The Seagull Project’s Great Souls: An Evening of Short Stories and Performance, Claudine Mboligikpelan Nako read Langston Hughes’ One Friday Morning. Written in 1941, it recounts the experience of disappointed hopes, due to the rising expectations, caused by the Great Migration. In many ways the experience of the high school student in the story, is a metaphor for the Great Migration.

The Great Migration, 1916 to 1970, was the exodus from the South of rural blacks to the North to work in factories, because the two world wars had created a labor shortage. As a result, Northern factory owners recruited from the South. On the one hand there were rising expectations that life in the North would be better, since there was not official segregation. Unfortunately, very often these hopes were shattered, because there was unofficial segregation, and de facto discrimination.

The author, one of the leaders of the Harlem Renaissance, illustrates this aspect of the Great Migration, by recounting the story of a H.S.senior in an unnamed Midwestern city, Nancy Lee, from an educated, middle class, recently arrived, Southern family, who wins a scholarship to an art college right before graduation, only to have it rescinded, when the donors find out she is Black.

One Friday Morning has chilling details and stunning visual imagery, which Claudine Mboligikpelani Nako animates with outstanding vocal ability. From the very beginning the audience is drawn in by the different vocal nuances. Ms. Nako assumes several different voices for all the characters: the narrator’s, Nancy’s lovely velvety mild Southern accent, the nasally accents of the principle, as well as the forthright blunt forceful voice of her art teacher. Her understated rendering of the ironic ending, spoke volumes about the injustice of the situation.

It is a well-written, insightful story, her reading was superb, and not without humor.

Two other short stories are found on the podcast.
Solo on the Drums
By Ann Petry Read by Andre Reginald Jackson
The Key
By Isaac Bashevis Singer Read by Julie Briskman