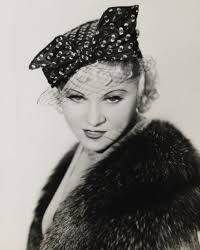 “I believe in censorship-I’ve made a fortune out of it.”

It was with great joy and delight that I learned that Play Your Part Theatre was producing another one of Mae West’s banned plays. After a highly successful run of Drag, a realistic portrayal of Gay life in New York City in the 1920’s, PYP is taking on, Sex, about Sex workers in the 1920’s.

The comedy-drama premiered April 26, 1926, at Daly’s 63rd Street Theatre in New York City. Sex received many scathing reviews from a variety of critics because of the play’s (supposed) moral implications. The New York Times considered it be a “crude and inept play, cheaply produced and poorly acted” while Billboard condemned it as “the cheapest most vulgar low show to have dared to open in New York this year”. When the show opened, Broadway had been in a commercial slump, yet in spite of this and negative press, Sex played to full audiences.Sexwas the only play on Broadway that season to stay open through the summer, into the following year.

There were 375 performances before the New York Police Department raided West and her company in February 1927. They were charged with obscenity, after 325,000 people had watched it, including members of the police department and their wives, judges of the criminal courts, and seven members of the district attorney’s staff. West was sentenced to 10 days in a workhouse on Roosevelt Island (known then as “Welfare Island”) and fined $500. The resulting publicity increased her national renown.

Play your Part’s production is an online streaming of a live performance, with each actor acting from the confines of their own home; this promises to be an interesting show with original music. If it is even one tenth as good as Drag, it is worth seeing!