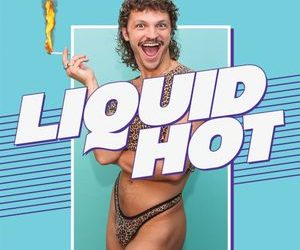 The first Woody Shticks show I saw also took place on a dismal rainy day in January, when I was feeling more than depressed. (and had now idea what the show was about) I struggled to get to 18th and Union, but by the end of the evening, I had spent so much time laughing and feeling connected to the comic genius entertaining us, and indeed to the whole audience, that I exited in great spirits, as did everyone else.
I called my 21 year old daughter, who said “This doesn’t sound like a show you would like.” She was sooo wrong!!!

Woody Shticks is one of the most amazing talents of his generation anywhere. He writes his own material and I suspect does a fair bit of improvisation on stage. And What Material It Is!!!! And what a delivery!!! Woody’s comic timing is out of this world. His ability to set up a joke with superb comic timing, facial expression and physicality is exquisite and he knows just how to land the punch line. Physically he appears to be both a dancer and an acrobat.

This physical agility is perfect for his new show, Liquid Hot, which is a wonderful combination of a parody of strippers, ( I suspect of both the female and male variety,) karaoke, tales of his adolescent sexual adventures in a Fundamentalist Christian environment, all along revealing universal human vulnerabilities about sex, intimacy, and love with panache.

Although the audience seemed to be comprised of the under 30’s, I would heartily recommend it for everybody, Gay or straight, of any age or inclination. Like all great comics he appeals to everyone. But get your tickets right away, as the show was almost sold out on a wet rainy Thursday.