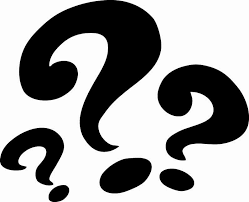 The University of Washington’s undergraduate theater society is currently performing Anon(ymous), which can be found playing in the Cabaret Theater in Hutchinson Hall. This show is written by Naomi Iizuka and directed by Joshua Barajas. The play is a modern adaptation of Homer’s The Odyssey. This isn’t like The Odyssey that we read in school though, this play takes place in a dystopic feeling America, which is the landscape for the main character, Anon, searching for her mother. The play deals with topics of immigration, family, and death to reimagine the classic story into a modern and relevant play.

Anon(ymous) takes the audience on a journey of seemingly unconnected vignettes, but it all comes together at the very end. This show makes use of creating a dystopian feeling in the theater by use of projections and shadows of the cast. The director, Joshua Barajas, used the space of the black box theater in order to create an environment that suited the shows themes of finding home.

It’s quirky and entertaining, but don’t let that fool you. While this show deals with serious topics, it deals with them in a humorous way that made me chuckle throughout the majority of the show. The actors had wonderful comedic timing that kept me engaged in this play.

If you have the time and want to see a modern and relevant take on a classic Greek story, then go see Anon(ymous). Tickets range from $5 (UW students), $7 (student/senior/military), and $10 for the general public.

Anon(ymous) by Naomi Iizuka. Produced by special arrangement with Playscripts, Inc. At the Cabaret Theater in Hutchinson Hall at the University of Washington. November 21-24 and December 4-8 at 7:30. Tickets and more info at: https://uwuts.org/. Closest parking lot to the theater is Lot 5 of the university and there is a parking fee.