On the Seventh Day God Created Yiddish Theater.
Between 1943 & 1945 Satan destroyed it mercilessly.

Written by Paula Vogel Indecent at the Seattle Rep, was two hours of uproarious laughter, fantastic music, brilliant but simple special effects and some sadness, as it chronicled the vicissitudes of the play God of Vengeance by Sholem Asche and the various international productions over 50 odd years.

Embedded into the script of Indecent are serious questions about whether a sub-cultural group labeled “the other” is obliged to always present itself as pure and noble and use its art forms to refute negative stereotypes.

An already published writer, Sholem Asch, a Yiddish speaking Jewish writer from Poland, was only 21 when he wrote God of Vengeance. It was first performed by Max Reinhardt in Berlin, at the Deutsches Theater, rather than in Poland, in 1923, because the leading Yiddish-speaking Jewish intellectuals in Warsaw felt that the play, which depicted a Jewish brothel owner whose young-about-to-be-married-daughter formed a lesbian relationship with one of the prostitutes, did not represent Jews positively. 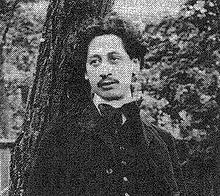 However, the play had so much poetic merit that it toured all over Europe but ran into censorship problems, in an English translation, when it hit Broadway, not only from the NYC vice squad but also from a prominent rabbi. The rabbi, felt that since there was so much anti-Semitism in society, that such plays, only fueled anti-Semitism because it portrayed Jews as villains. However, the author, during the trial when the producers and cast were tried for indecency presented this letter to the court.

I wrote this play when I was twenty-one years of age.
As to the comment that the play is a reflection on the Jewish race, I want to say that I resent the statement that ‘The God of Vengeance’ is not a play against the Jews. No Jew until now has considered it harmful to the Jew. It is included in the repertoire of every Jewish stage in the world and has been presented more frequently than any other play. ‘The God of Vengeance’ is not a typically ‘Jewish play.’
A ‘Jewish play’ is a play where Jews are specially characterized for the benefit of the Gentiles. I am not such a ‘Jewish’ writer. ‘The God of Vengeance’ is not a milieu play — it is a play with an idea. Call ‘Yekel’ John, and instead of the Holy Scroll place in his hand the crucifix and the play will be then as much Christian as it is now Jewish.
Jews do not need to clear themselves before anyone. They are as good and as bad as any race. I see no reason why a Jewish writer should not bring out the bad or good traits.

However, Indecent, whose subject is God of Vengeance, can be considered a milieu play, as it does discuss the trials and tribulations of living as Eastern European Jews during a particular era in history and as Jewsh immigrants in New York. Also it touches on Ashe’s work on behalf of the American Jewish Joint Distribution Committee. He chronicled the numerous Jewish pogroms in Central and Eastern Europe after World War I.

Since the play had only one luminous set, by L.B. Morse, but multiple scene changes and a smallish ensemble cast, where each actor played many parts, it was far from an easy script to direct; however, director Sheila Daniela was more than up to this Augean task. The difficult scene and character changes flowed smoothly and with creative flair, aided by the original score and music by Lisa Gutkin and Aaron Halva.

Although there were some structural weaknesses in the script; as it just did not know when to end, the real strength was in the incredibly witty dialogue and the intricate way the author differentiated when the characters were speaking English and when they were speaking Yiddish. Unlike many writers, who just use a thick accents, Vogel actually imposed Yiddish word order when the characters were speaking English, so the dialogue sounded much more authentic, and humorous (N.B. Word order is the most difficult thing to master when learning a new language) The subtitles with the translations and cues to the audience also added both clarity and a delightful touch of humor.

The musicians, Alexander Sovronsky, violinist and music director, Clarinetist Kate Olson, and Accordionist Jamie Maschler made this production soar into the stratosphere both in the song and dance numbers and in the incidental music.

The cast was uniformly excellent including Bradford Farwell, Julie Briskman, Ron Orbach, Cheyenne Casebier, Andi Alhadeff, Antonine Yared, but my favorite was Nathiel Tenebaum, who played the rabbi who wanted to shut down the play in New York . His sermon was not didactic, but both in the writing and in the delivery, the character made an excellent case, at least initially, why plays such as God of Vengeance fueled anti-Semitism, but then by the end of the sermon, he morphed into a pompous self-serving narcissist.

Mostly I laughed during the performance, but Indecent had rather a sad ending as most of the actors decided, as a result of the debacle in New York, to return to Europe in the 1920’s where they could have secure careers…..That is until 1939.

Thank you Paula Vogel for helping us peep into this tradition.