‘Rumors’ a Romp and a Madcap Comedy for WWCA 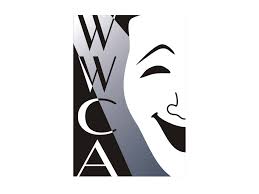 There are times when Drama in the Hood is up for a new and exciting adventure. New shows in new theaters. Original scripts, songs, dances, and choreography. On the other hand, there are times when the tried and true is the dish that pleases the palate. A room somewhere, far away from the cold night air. Wouldn’t that be loverly? 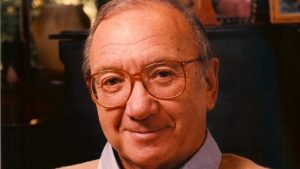 It is to this latter emotion that a Neil Simon play speaks. We always know that we’re going to get a dialogue-heavy comedy, in which the actors speak as if their tongues are set at a slightly higher speed than in normal conversation. The action will have a vaguely anachronistic feel to it. The audience is more than satisfied, because the actors will have shown off their ability to memorize hundreds of pages of dialogue and deliver forthwith. Neil Simon’s “Rumors” opened this weekend at Western Washington Center for the Arts in Port Orchard. It is a delightful show, put on by a cast and crew that is, top to bottom, a talented lot. Three cheers and a vodka martini to them all.

The plot is surprisingly simple for a play that gets as complex as this one does. Eight friends, six of them very well-heeled, arrive at a ten-year Anniversary party. Strangely, one half of the happy couple is nowhere to be seen, and the other half has a gunshot wound to the earlobe. Where is Myra and what happened to Charlie? That’s the main plot. How do the party guests get out of being implicated. That’s the secondary plot. What does God have against the new BMW? That’s the tertiary plot.

Directed to conduct the show at a frenzied pace by Daniel Estes (who delivers a delightful stream-of-consciousness curtain speech), every member of the cast had a moment or two in the sun. First on the scene are Kristi Ann Jacobson and Katie Jones, who react to the mystery in totally opposite ways, each effectively. Ms. Jacobson’s “Chris” is frantic, set on “10,” with the knob broken off. Ms. Jones’ “Kendra” is a cool-thinking attorney, attempting a semblance of damage control.

Mr. Estes’ casting choices were spot on. Kristi Ann Jacobson is a marvelously versatile actress, who was an award-nominee for “Romeo and Juliet” last summer. Her performance is wickedly funny. Katie Jones is at her best when asked to be in charge, and she’s great at being one of the few party-attendees who keeps a shred of calm. The way in which these two play off each other is one of the show’s highlights.

Mr. and Mrs. Ganz are next to the party. Truly, John Hemphill’s “Lenny” was one of this show’s best performances. His comedic timing is great and his character’s continuity from start to finish show off Mr. Hemphill’s considerable talent. Erika Lehtonen’s “Claire” stays in character equally, as well. Her rolled eyes and richest 1% shoulder rolls, even when the action is focused elsewhere, were great. When she was the focus of the action, Ms. Lehtonen delivered, as well.

Ernie and Cookie Cusack show up to the party next. Cookie is under a handicap, due to a balky back. Ann Sveen plays Cookie to a tee, making good use of the small stage when her back “goes out.” Greg Heilman plays Ernie Cusack, and his performance is one of the most nuanced ones in the show. He skillfully delivers the best asides. Listen carefully and Ernie Cusack will make you laugh as much as anyone in the cast.

Kristi Ann Jacobson costumed the cast, so one can only imagine the fun she had dressing Angie Horn’s Cassie Cooper. Dripping with jewels and with attitude left over from her years as an entitled teen, Cassie cut a wide swath through the action. Ms. Horn is a fine actor who plays the heck out of this role. Her much put-upon husband “Glenn” is played by Nathan O’Guin. It takes a strong performer to play against Cassie Cooper, but Mr. O’Guin is up to the task.

A Neil Simon play almost always has a a cop or two in the cast. In “Rumors'” case, Deirdre Hemphill and Renae Hill play the members of law enforcement. Ms. Hemphill gets one of the show’s better lines. “I’ll buy your story. I don’t believe it.” She and Ms. Hill did a good job in smaller roles.

There is enough humor in this show to satisfy the audience members who came for a good time, but there is an additional bit of humor (to Drama in the Hood, anyway) that some folks may not notice. Almost without exception, someone on stage says, “The phone!” when it rings. It made me laugh, anyway. 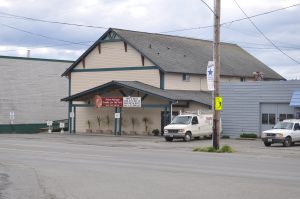 Western Washington Center for the Arts

Western Washington Center for the Arts always puts together a fine season of shows, but “Rumors” takes a back seat to none of the other shows on the season docket. Come for a good time, and you will be rewarded with an excellent night of community theater. This cast and crew make it so. “Rumors” has it.

‘Earnest’ Fun with Wilde at Western Washington Center for the Arts
March 10, 2019
© 2022 Drama in the Hood. All rights reserved.
Site Design