PREVIEW The Lover in Winter-Songs for Countertenor 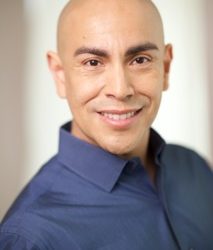 On Saturday, January 26th, Music @ St. Thomas will present The Lover In Winter, a solo vocal recital of 21st century songs for countertenor, sung by José Luis Muñoz. Muñoz is often heard premiering and creating new works and has been described as “a fabulous countertenor” with “amazing, powerful range.”

Organized by Muñoz, the singer will be joined by composer & violist Brett Banducci, organist Doug Cleveland, and pianist Andrea Duroy. Amongst the new music program the four musicians will perform the world premiere of Los Angeles based composer Brett Banducci’s Rilke + Lieder A Cantata for Countertenor, Viola, Piano, and Organ in Memoriam Barney A. Ebsworth.

“I love singing new music. As a versatile countertenor who sings early and new works, I generally find audiences like comparing me to other singers or voice types. For that reason specifically; I love the challenge of creating something new, that can’t be compared, that is totally me. I am also very happy to sing a program that will benefit the music ministry of St. Thomas Episcopal Church and also honor the memory of one of our past music patrons, Mr. Barney A. Ebsworth.”
– José Luis Muñoz

“In Rilke + Lieder atmosphere, sentiment, timbre, and perspective are explored musically through the poetic lens of five of Rainer Maria Rilke’s haunting poems. Themes of the deep night, dissolution, memory, and solitude are evocatively expressed with the unusual instrumentation of countertenor, viola, piano, and organ. These five songs are fused together into a continuous whole by way of connecting instrumental ritornelli, which function to transition the various “moods” of Rilke’s aesthetic.”
– Brett Banducci

The program will include songs by Thomas Adès, Jake Heggie, Nico Muhly, and Arvo Pärt. This concert is a fundraiser for Music @ St. Thomas.