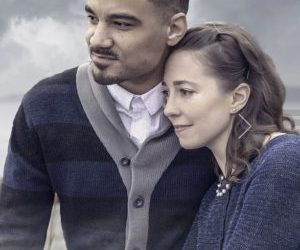 A night of community theater is many things. It can be a classic, such as “My Fair Lady.” It can be a comedy, such as “Fox in the Fairway.” Perhaps an out-of the-ordinary show is more to your taste. You should look to see the next place “American Idiot” is staged. The beauty of community theater is that it’s all these things, plus a world more. Once in a while, though, a show is produced that is best for what it asks of the audience. Every show says it wants the audience to participate, but “The Last Five Years” is one that demands the audience pay attention. If they will just do it that honor, this play gives back more than enough.

“The Last Five Years” is the latest show from inD Theatre, operating out of Rolling Bay Hall on Bainbridge Island. It opened this weekend to thunderous applause and a 100% standing ovation at the end. Everyone from the director to the cast to the prop master should be proud of this show.

What is it about “The Last Five Years” that makes it such a challenge? Why can’t I just go and watch in a soporific state?”

This play is about a love affair, from its giddy beginning to its recriminating end, but it is told from vastly different perspectives. Catherine (known mostly as “Cathy”) works backwards from the goodbye letter she received from Jamie. He works forward from when he first met Cathy. Each character talks past the other in alternating soliloquies, except for the moment of their wedding when they stand side-by-side.

Often enough, a theater reviewer talks about whether the cast “works together” well. That isn’t necessary for “The Last Five Years,” as the only two characters in the show tell a very different story about the life they shared. Anyone who has ever been in a marriage counseling session can testify to the accuracy of the dialogue. Sure, Jamie and Cathy were in a relationship, but they each took something very different out of it. 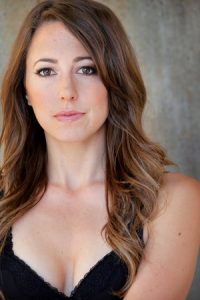 In the role of Cathy, Rachel Noll James does a very nice job. She’s the better singer of the two, and her plaintive songs speak to the pain that is in her most of the time. Very little in the relationship brought Cathy joy, and Ms. James portrays her as mostly-broken with a 50% chance of wry humor. 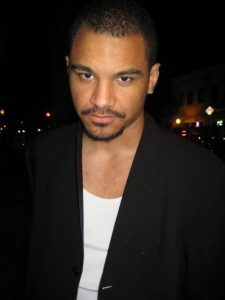 As Jamie, Jesse Smith excels. It isn’t that he is necessarily a better actor than Ms. James, but the material asks more of him. Where Cathy is mostly-depressed, Jamie is, by turn, giddy, pensive, lusty, angry, adulterous, and, at last, resigned. That’s a full plate of acting and Mr. Smith dishes it out in a very pleasing way.

Director Shannon Dowling commissioned a very spare stage setup for this show, and it was a good choice. This is a naked look at a relationship gone awry, and it doesn’t need much in the way of distractions. The live band, playing in support of, rather than atop, the dialogue was a nice touch.

This is the second show (in a month) that Drama in the Hood has seen at Rolling Bay Hall, and we must say that the place has really grown on us. It is an intimate setting that fits the material of this play to a tee. It is hard to imagine this show on one of the large stages in town, because the intimacy feeds the claustrophobia that is a plot point in, and of, itself.

inD Theatre pays its actors a stipend. That may not sound like a big deal. They aren’t the only theater in the area to do so. However, if there is another theater company in the extended South Sound that pays the players, and charges Zip-Nada-Bupkus for admission, I have never seen one. The management of inD Theatre believe that community theater is for everyone, and the actors deserve something for their time and effort. That’s what makes this company unique and so very worth your patronage and support. So, by all means attend the show, but consider a donation to indtheatre.org, as well.

In fact, throw them some cash whether or not you attend “The Last Five Years.” It will make you feel better than a foot-rub after a half-marathon.

But, do plan to attend the show. These kids are putting their heart and soul into a show more than well worth your time. You’ll get out of this show what you put into it, in terms of attention and care. “The Last Five Years” promises that much, and more.